Juni 28, 2019 Luke Gear
2018 was a remarkable year for stationary energy storage. Governments and policymakers around the world are beginning to wake up to the value batteries can offer to the grid, both in terms of flexibility and decarbonisation. Over 6GWh was deployed, and market leaders such as Tesla expect to double their deployments for 2019.
The progress is thanks in no small part to falling Li-ion battery costs, driven by the economies of scale of the electric car industry: plug-in passenger electrics topped five million on roads globally at the beginning of 2019. Indeed, as costs have fallen, projects with longer duration battery systems have become feasible (many new grid-level projects are now four hours). This has created opportunities for storage developers: in some scenarios, it has even enabled the displacement of gas peaker plants, for grids aiming to fully decarbonise. As detailed in the new IDTechEx report, Batteries for Stationary Energy Storage 2019-2029, enormous projects are underway.
For example, the famous '100MW (120MWh) in 100 days' challenge from Elon Musk to the South Australian government, a previous world record and now operational, is a fraction of the planned 730MWh system Tesla will install in Moss Landing, California to help replace three ageing gas plants.
The U.S. has led the industry for a number of years; a sizable mandate from California coupled with big-budget financial incentives have underpinned the country's deployments, as well as the batteries procured for frequency response in PJM's territory from 2012 - 2017 (now saturated). In 2018, landmark rulings like FERC Order 841, ambitious decarbonisation and renewables targets in multiple states, and growing momentum behind state-wide energy storage mandates will pave the way for the future of energy storage in the country. 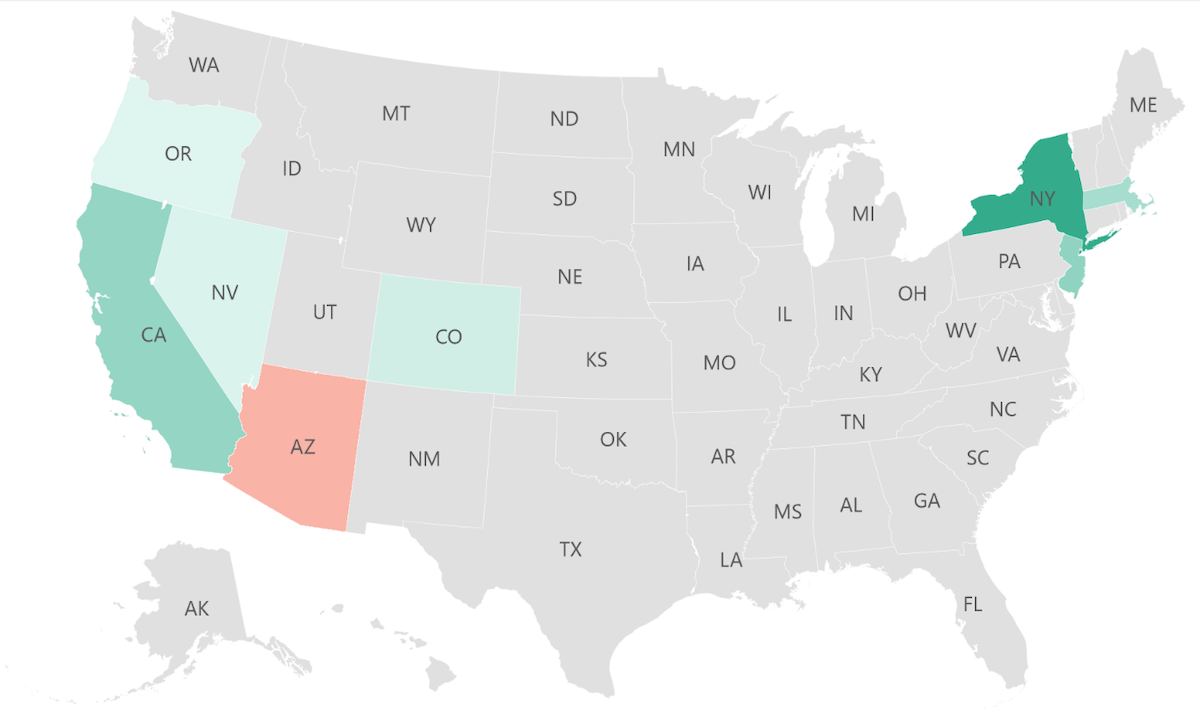 States in the U.S. with energy storage mandates and targets. Source: IDTechEx Batteries for Stationary Energy Storage 2019-2029
The global picture is also changing: both China & South Korea topped 1GWh in yearly deployments in 2018, with India also commissioning some of its first large-scale projects. With such rapid progress, teething problems have emerged: to meet the sudden demand in South Korea, ESS makers compromised on quality, leading to a government shutdown of hundreds of public battery systems that
spontaneously caught fire. The issue was reported by Korean news outlets to be faulty battery management systems.
Despite hiccups, the ambitious levels of renewables integration in many of these countries will nevertheless require massive amounts of energy storage to manage moving forward. The new IDTechEx report Batteries for Stationary Energy Storage 2019-2029 details the leading countries now and in the future.
Based on a global assessment, IDTechEx Research has developed forecasts by segment and region for 2019 - 2029.
The key takeaways/benefits of the research in this report are:
Top image: Tesla
PrintForwardTweetLikePinredditShare
Previous
Next