Mai 15, 2017 Dr Peter Harrop
The successful "IDTechEx Show!" in Berlin with nearly 3000 paying delegates, nine parallel conferences, 25 masterclasses and a large exhibition had a huge amount for the electric vehicle enthusiast. The emphasis was the future including the longer term. IDTechEx has pioneered perception of the end game as something beyond pure electric land, water and airborne vehicles that plug in or charge contactlessly. It is energy independent vehicles and here a more advanced version of these emerged as various forms of energy positive vehicles that produce more electricity using on-board equipment than that required for their duty cycle of travel.
That included "Airborne Wind Energy" analysed and forecasted in the new IDTechEx report, Airborne Wind Energy (AWE) 2017-2027, a pasta van that grabs so much wind energy it can cook 100 portions when it stops and the Stella Lux commuter car for four on display. This award winning Dutch vehicle donates to the grid after the daily commute.
Professor Pietro Perlo presenting his restaurant car powered when stationary by an erecting array of four annular wind turbines totalling 500W and solar panels. 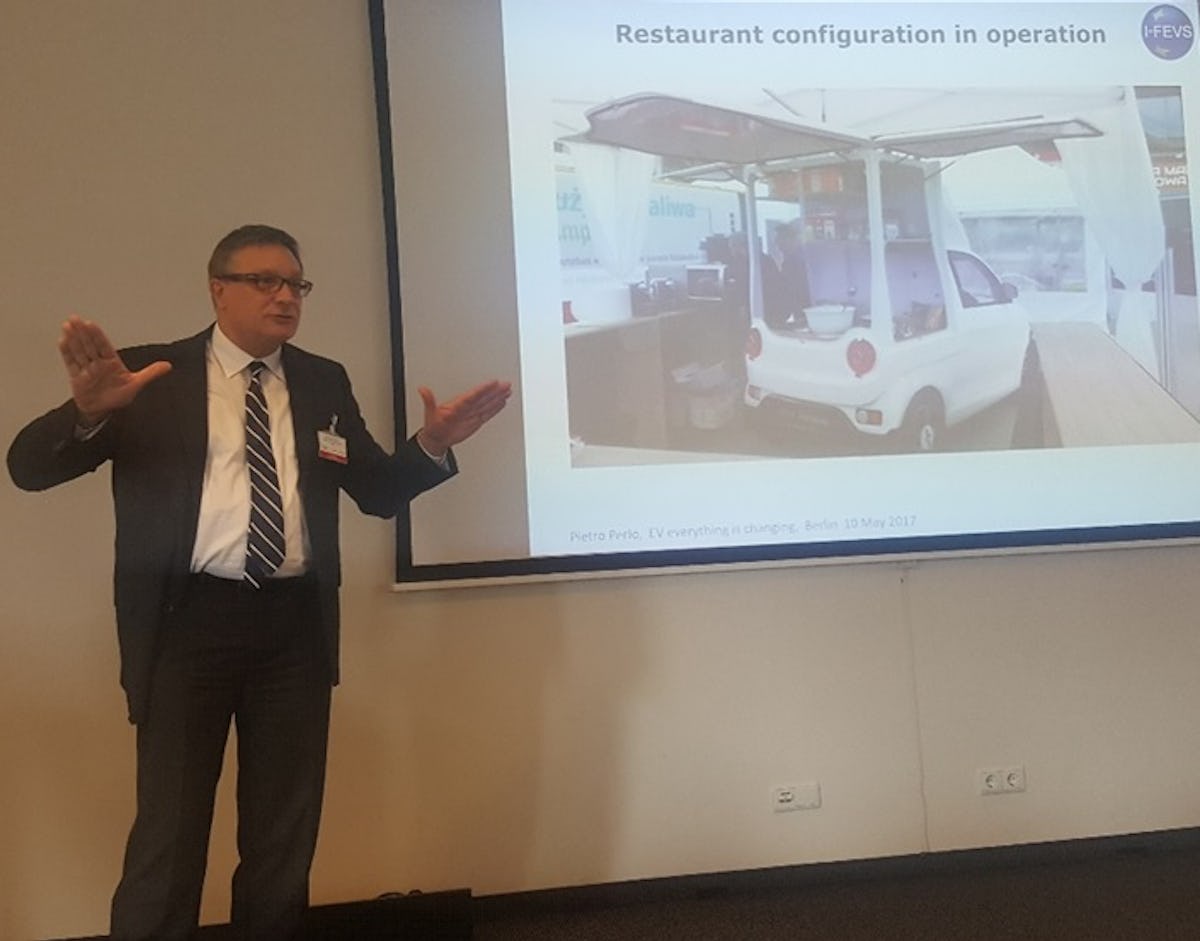 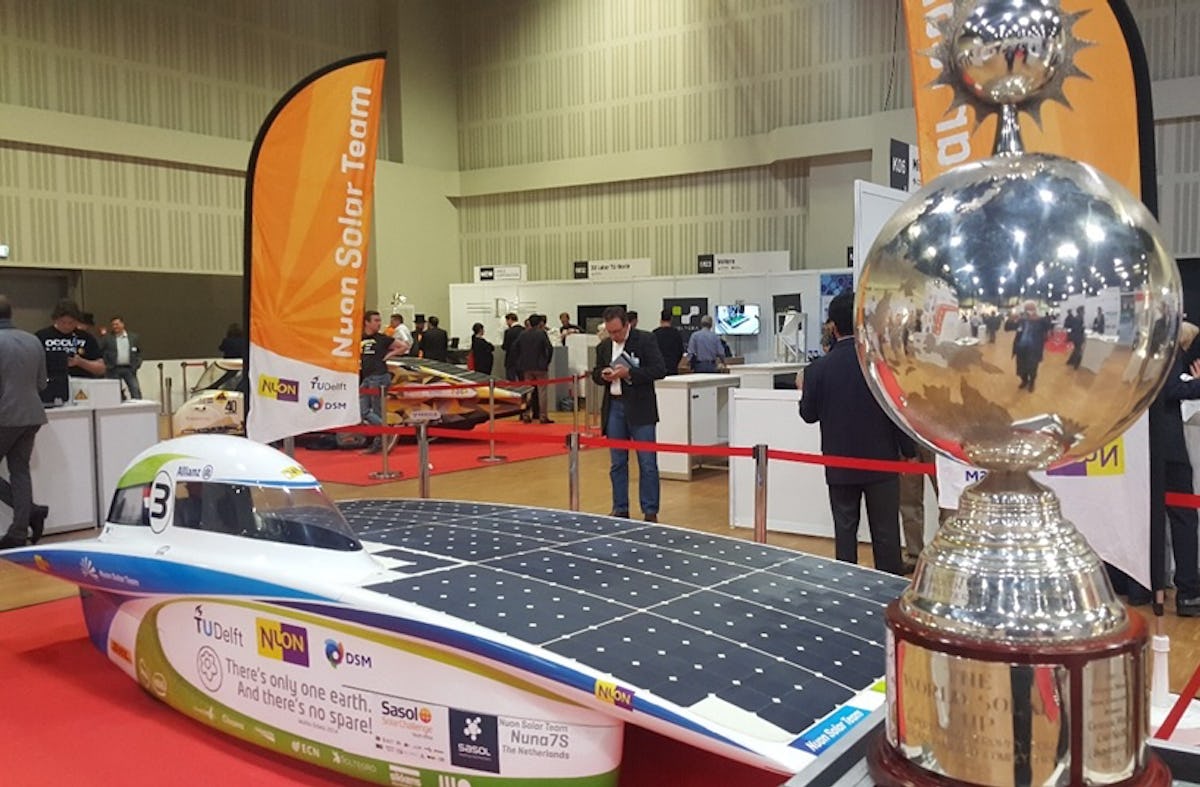 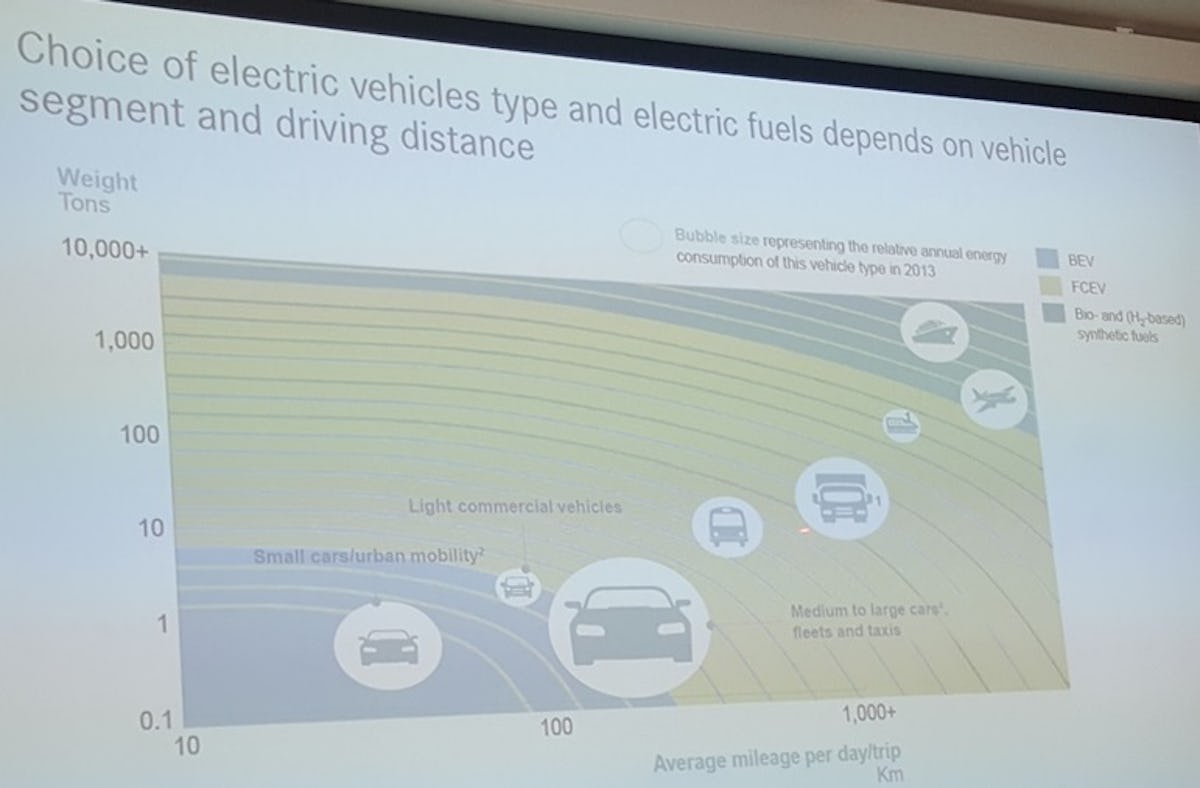 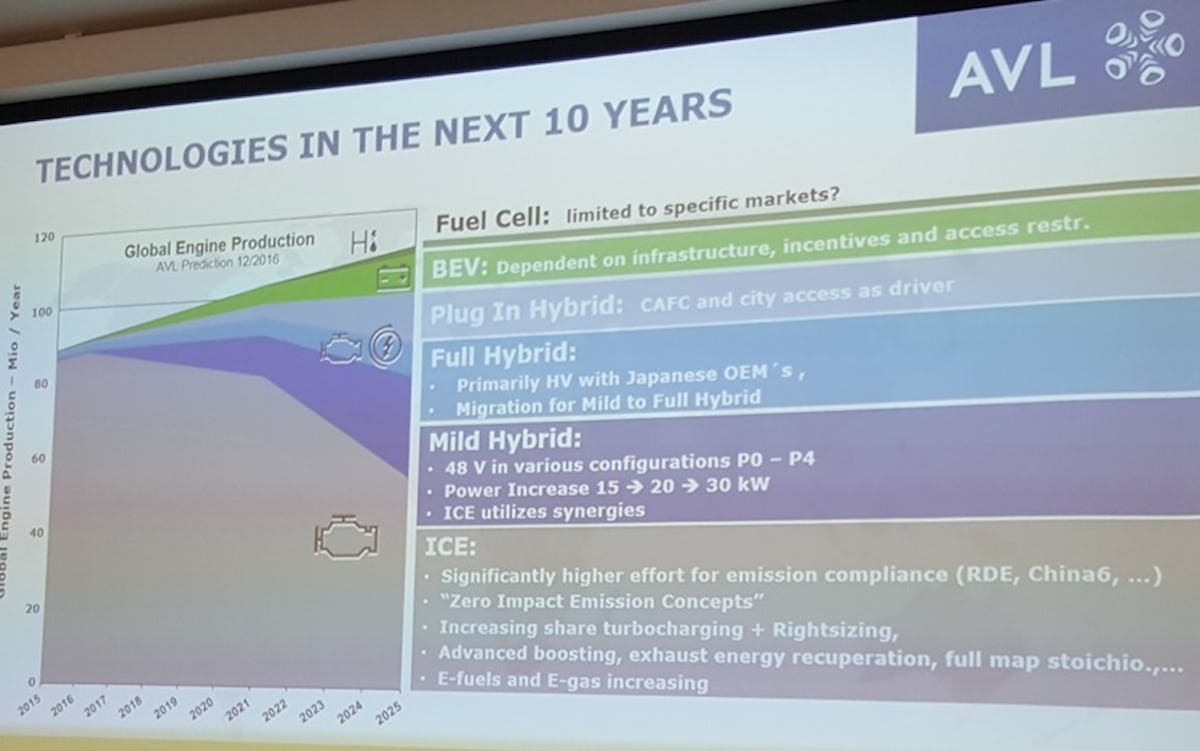 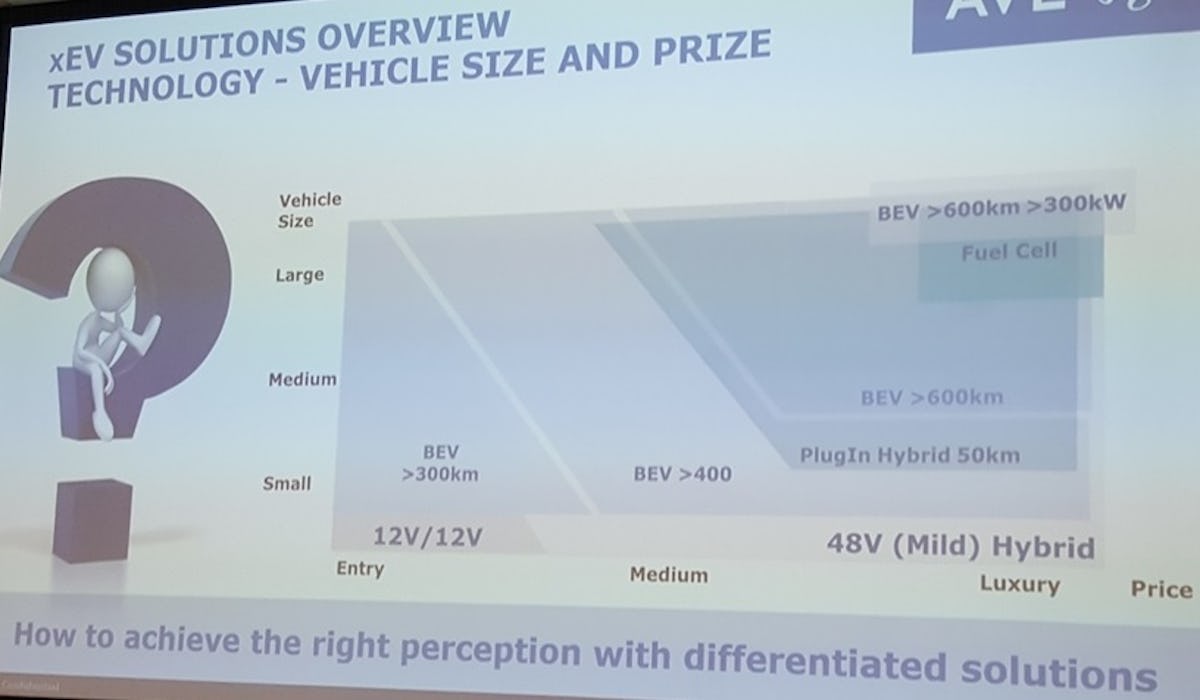