Jan 19, 2018 Dr Richard Collins
Fibre reinforced polymers (FRPs) are predominantly made of synthetic fibres, such as glass or carbon, and a petrochemically sourced thermosetting resin or thermoplastic matrix. However, natural fibres and resins are on the rise because of their beneficial properties, competitive cost, legislative drivers, and consumer preferences. IDTechEx forecasts the revenue for bast fibres used in composite parts to exceed $140m by 2027, which would have been greater still if the supply could be grown fast enough to match the burgeoning demand.
Wood fibres have been extensively used in composite materials for applications such as garden decking, but an emerging field of high performance bast fibres are gaining interest. These bast fibres include flax, hemp and jute and are immediately attractive as they provide comparable or improved tensile strength and stiffness to that of E-glass fibre, as well as contain favourable vibration dampening and non-abrasive properties.
The cost of bast fibres is not significantly higher than that of glass fibres, particularly for the short/chopped variants, but as with all materials there are a few notable downsides including high levels of moisture absorption, poor matrix adhesion, as well as the potential impact on the land. There are some key innovations for the fibre-matrix interface that will stop bast fibre composites from being held back, particularly surrounding the promising use of plasma treatment technologies. See a previous article for more about the other downsides of FRPs.
Profitable bast fibres also give the opportunity for farmers to diversify, and hemp is particularly beneficial as it can grow effectively on unfavourable land. Legislation is changing around growth restrictions of hemp in North America and this makes it more attractive and therefore IDTechEx forecasts the market to rise at a higher rate in the mid to long term as a result. 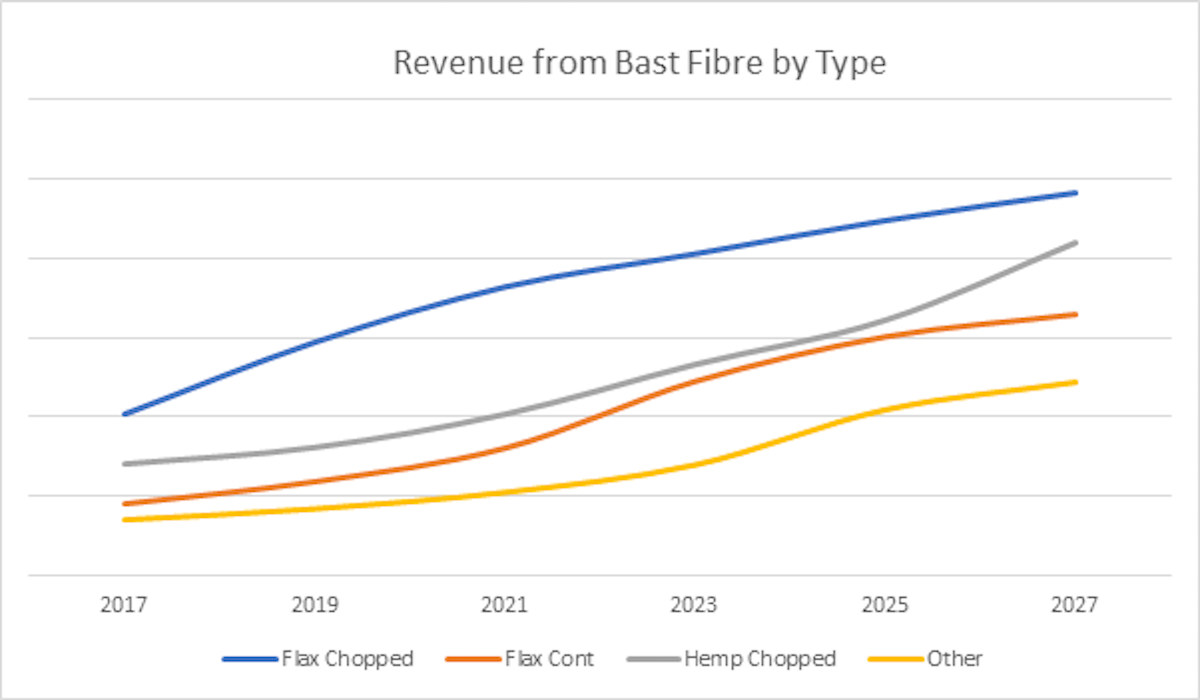 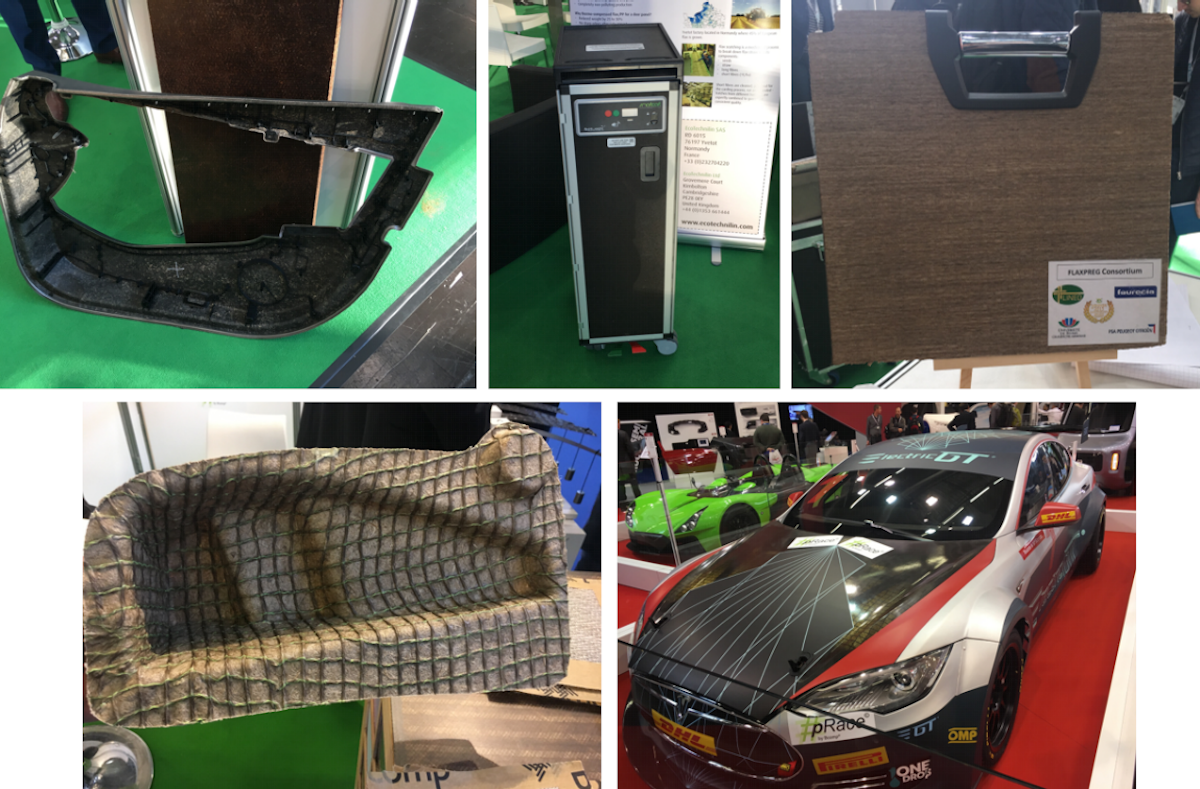