HomeResearch ReportsElectric School Buses and Midi Buses 2019-2039
The school electric bus market extends from Dubai to New Zealand and it will jump to $6.9bn in 2029

Order now
Order in a Subscription About subscriptions
Show AllDescriptionContents, Table & Figures ListPricing
Electric School Buses and Midi Buses: Big Business Coming
We all know China has 400,000 large battery buses and they are spreading across the world thanks to strong subsidies but there is another big opportunity coming with smaller buses. Uniquely, the new IDTechEx report, "Electric School Buses and Midi Buses 2019-2039" appraises this. There are over 1.5 million school buses, mostly midi buses but with larger ones favorite in North America. Federal support for electrification is poor or non-existent so adoption of electric versions has had to await public outcry about the entirely avoidable poisoning of children with engine fumes and cost-effectiveness even parity of up front price between the clean and dirty options. This is imminent.
The report reveals how the school electric bus market extends from Dubai to New Zealand and it will jump to $6.9 billion in 2029 with rapid increase thereafter. The market for small and midi buses for other purposes will be a multiple of that and include robot shuttles rapidly becoming its biggest part. By the end of the decade, some robot shuttles may be acting as school bus, urban bus and taxi all in one day. There will be much innovation and the report has an image of what the planned Tesla midi bus may look like, leveraging existing Tesla technologies. Indeed, Tesla has just bought the world's largest supercapacitor manufacturer and the report looks at the potential for supercapacitors to replace batteries in such buses.
School bus diesel exposures to children pose as much as 23 to 46 times the cancer risk considered significant under US federal law. There is no known safe level of exposure to diesel or gasoline exhaust for children. Their weak, developing immune systems get a huge belt when the bus doors open. In the USA alone, the captive ridership is around 26 million twice daily injured by this extreme case of cruelty to children. Indeed, US school buses emit 3,000 tons of cancer-causing soot and 95,000 tons of smog-causing compounds every year. Each year, one school bus in Texas emits the equivalent of 114 cars according to the EPA.
The Executive Summary and Conclusions of the report pulls all this together in easily understood infographics, forecasts for electric school buses in China, USA, Canada and Other Regions and also buses in general, robot shuttles and fuel cell buses. A technology timeline covers 2019-2040.
Chapter 2 Introduction covers school bus economics, regulations and market forces. That includes fewer people taking driving licenses, shortages of bus drivers and other reasons for robot buses eventually. Chapter 3 details the technology, criticising the poor start with hybrid electric buses and heavy old chassis and clarifying technologies that will succeed, benchmarking other more advanced sectors through to "massless energy" from bodywork making and storing electricity. Here are the battery and supercapacitor advances coming up to 2030, the trend to less battery, new supercapacitor buses, options for charging on-the-move and more given by year ahead. Learn how vehicle-to-grid and solar bodywork are making school buses affordable and how robot buses will function.
Chapter 4 profiles relevant bus manufacturers by type and their activity prioritising school and midi buses. Chapters 5, 6 and 7 detail the latest situation, learnings and issues with school buses in North America, China and Other Regions respectively.
Analyst access from IDTechEx
All report purchases include up to 30 minutes telephone time with an expert analyst who will help you link key findings in the report to the business issues you're addressing. This needs to be used within three months of purchasing the report.
Further information
If you have any questions about this report, please do not hesitate to contact our report team at research@IDTechEx.com or call one of our sales managers:
AMERICAS (USA): +1 617 577 7890
ASIA (Japan): +81 90 1704 1184
EUROPE (UK) +44 1223 812300
Korea: +82 2 552 5567
Taiwan: +886 9 3999 9792
Order now
Order in a Subscription About subscriptions
Table of Contents 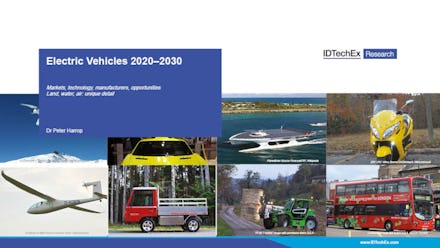 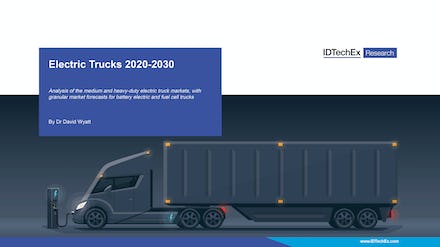 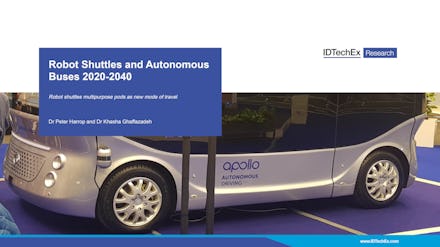 Electric Vehicles: Everything is Changing. USA 2020

Order now
Order in a Subscription About subscriptions