Juni 19, 2013 Dr Peter Harrop
Electric vehicles (EVs) are a large, growing market with new sectors being added all the time such as the pure electric, multi-rotor volocopter that spawned a new regulatory category in German aviation this year. IDTechEx find that pure electric car sales in 2013 will be 70,000 vehicles rising to 2 million in 2023, versus 2 million hybrid vehicles this year rising to 7.6 million in 2023. Of course, the big unit numbers come at the small end - most of the unit volume in 2013 will be for two wheeled vehicles - 32 million vehicles in 2013 rising to 94 million in 2023. The new report from IDTechEx "Hybrid & Pure Electric Vehicles for Land, Water & Air 2013-2023: Forecasts, Technologies, Players" (www.IDTechEx.com/ev) finds that the total market for hybrid and pure electric vehicles will grow from 38.8 million vehicles (of all types) in 2013 to 116 million vehicles in 2023 - a $294 billion market. 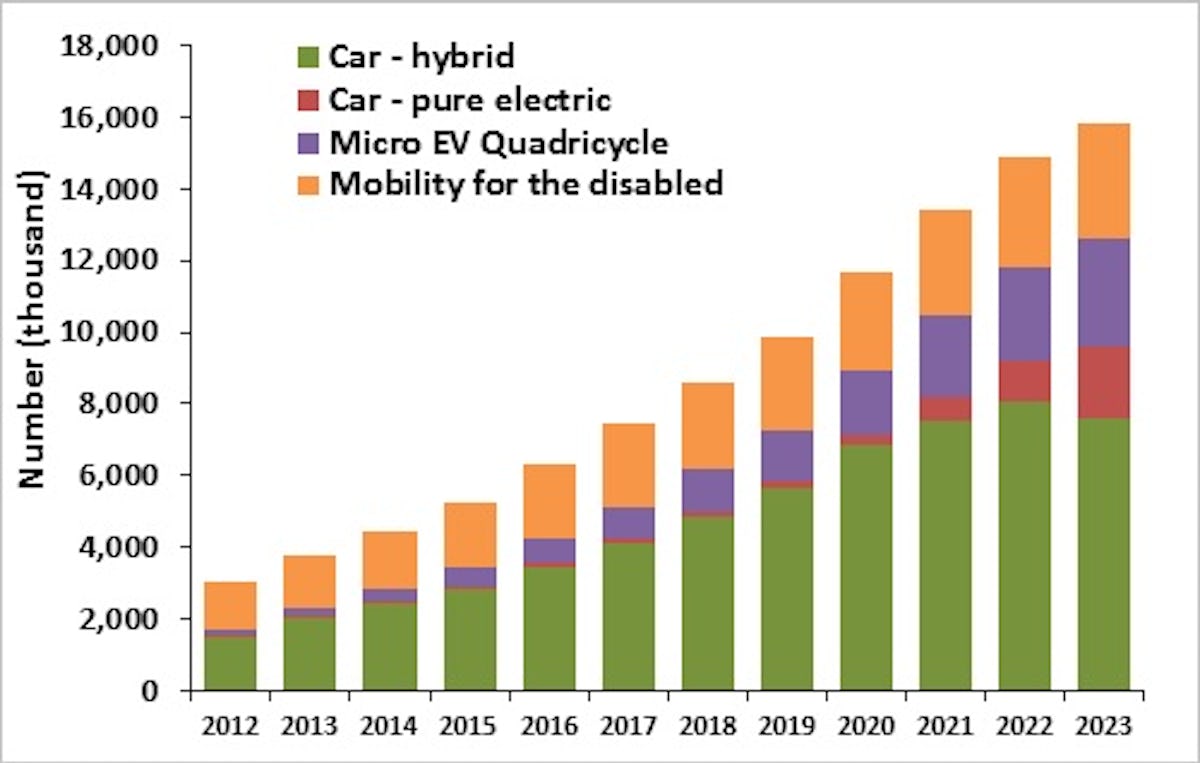