Feb 05, 2016
Every year, the Bridgestone World Solar Challenge sees solar cars from all over the world race right across Australia on sunshine. The Nuon Solar Team has won six times including October last year. This Nuna8 solar racer won the Bridgestone World Solar Challenge in October 2015, crossing Australia from Darwin to Adelaide on sunshine alone. The remarkable Nuon Solar Team has been building and racing solar cars since 2001. It has participated in the Bridgestone World Solar Challenge eight times and been placed first six times. The race is a gruelling 3000 kilometres through the desert of Australia from Darwin to Adelaide.
IDTechEx interviewed Winnifred Noorlander from the Nuon Solar Team. The team is a subsidiary of Zenith Innovations which is a non-profit Dutch organisation originating in Delft University of Technology. Its investors are the university and others. 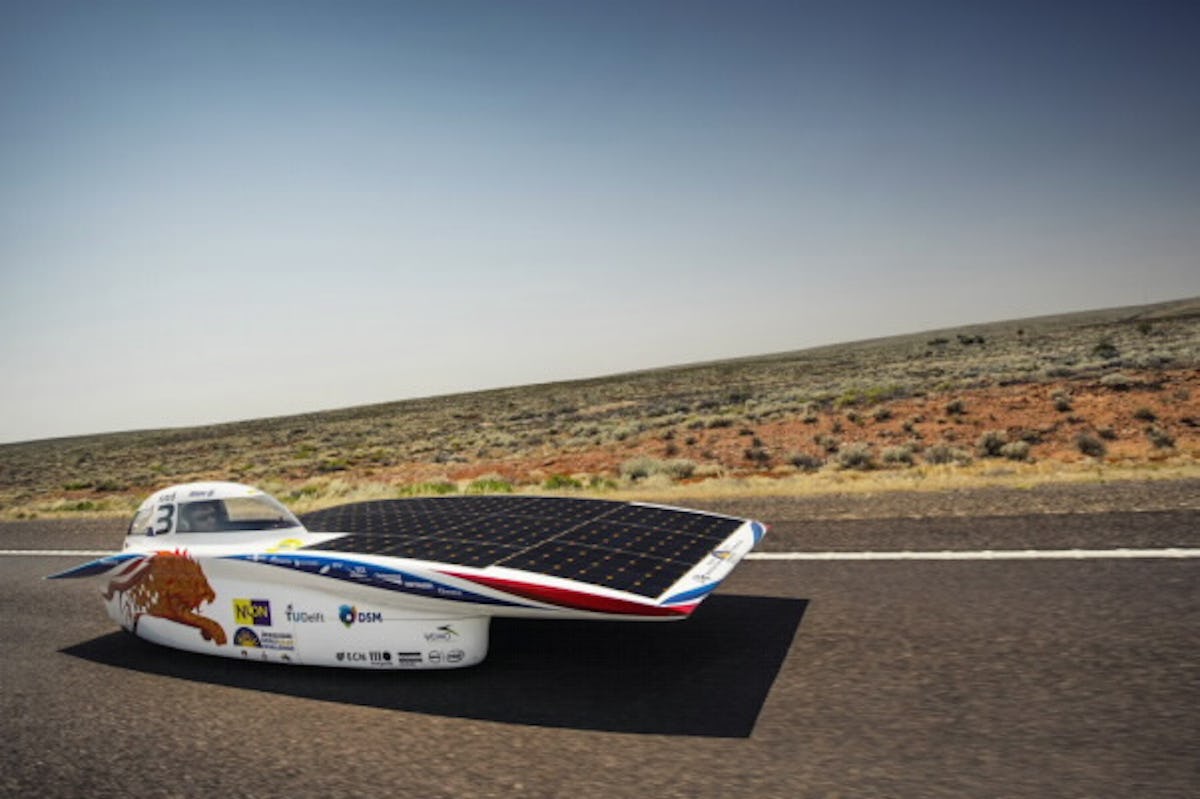 Its innovative designs of the systems and the vehicles and its accumulated expertise have already led to five spin-off companies, two of which are recent start-ups. As IDTechEx has pointed out before, energy independent electric vehicles (EIVs) are already spinning off generally useful technology and companies, following the model of Formula One racing. Indeed, just as Formula One racing is a substantial and profitable business in its own right at around $13bn so it will be with EIVs, with aircraft that stay up for 5-10 years being first EIVs to attract the hundreds of millions of dollars.

Nuon Solar Team currently employs nine students from Delft University of Technology. Much of its innovation is constrained by the rules of the solar race such as being limited to 3sq. meters of GaAs or 6 sq. meters of single crystal silicon PV. Nonethelesss, innovative suspension has been developed of unusually small size to fit the aerodynamic shell. In past years they have tried concentrators and GaAs. Regenerative braking is the only viable regenerative harvesting within the rules. They have remarkably efficient traction motors at 96%. Power electronics is secret but they are aware of the potential of the new SiC and GaN power components not least in lightweighting and improving efficiency. They are interested in the Sabic lighter-weight polycarbonate cowl glazing. They do not yet have structural electronics beyond the PV forming the outer surface. The vehicles are entirely carbon fiber except the aluminium suspension. The racer is currently a mere 150 kg.

IDTechEx is excited that a huge number of technologies can be considered for the future making it a very developable concept, particularly as it enters the realm of vehicles in general, land, water and air. That includes new concentrators, wind harvesting, regenerative active suspension, 3D motion harvesting, structural energy storage, lithium-ion capacitors, graphene, carbon allotropes, printed electronics and other topics covered in IDTechEx services. Here is a huge new industry in the making.

All revealed at IDTechEx Show!

The IDTechEx Show! in Berlin April 27-28 will proudly display that world record-holding solar racer and the Nuon team will give a presentation at its conference Electric Vehicles: Everything is Changing. Presenter Winnifred A.S. Noorlander of Nuon says,
"The combination of high-end technology, sustainable energy and the excitement of the race illustrates the Nuon Solar Team's vision perfectly: we race to show the current possibilities with high-end technology and inspire people towards a sustainable future in which durable energy is used in the most efficient way. During the 25 minute presentation the aims of the Nuon Solar Team will be briefly discussed. To show the current possibilities with high-end technology and inspire people towards a sustainable future shall race round the world. But how do you build such a solar car that is able to withstand the fierce completion and cover thousands of miles? The necessary building process will be explained step by step giving insight in why each step was so important in becoming a World Champion in Solar Racing. Last but not least we will have a look at the future of electric and solar cars and what we can do to help to speed this process along".
Also presenting at the EV conference are companies pioneering the necessary technologies for energy independent electric vehicles (EIV) such as Ukrainian company Carboline making ultra-lightweight carbon honeycomb structures for solar aircraft and other vehicles, including structural photovoltaics, and Sabic of Italy with lightweight polycarbonate glazing that interests the Nuon Solar Team. A parallel conference covers Energy Harvesting and Storage. Further adding value, analyst IDTechEx has just published an overview and a technology drill down on energy independent electric vehicles (EIVs) by land, water and air and another report on the high power energy harvesting needed, pointing out how solar racer technology will have wider uses.
Top image: TU Delft
PrintForwardTweetLikePinredditShare
Previous
Next