2016 6월29일
While forklifts, buses, Tesla cars and some new electric motorcycles tend to use asynchronous (induction) traction motors, most other cars and motorcycles stick to permanent magnet machines, seeing considerable development potential including using less permanent magnet material with its potentially high cost. Toyota and Porsche are examples. Toyota revealed it remarkable improvement of its PM car motors at EVS29 in Montreal Canada June 2016 as follows in extracts:
Summary
To exceed the top level fuel efficiency of the 2009 Prius a new motor was developed for installation in compact class hybrid vehicles including the new Prius. For the stator, segment coil stator with distributed winding was developed and achieved weight reduction and copper loss reduction. As for the rotor, high speed, low-loss rotor was developed and achieved size reduction and volume of magnet used was reduced. Also the motor cooling system was newly designed to improve the motor cooling performance. This paper describes the features of the new motor for the compact class hybrid vehicles including the new Prius.
New rotor
A new high-speed low-loss rotor was developed. To support the high-speed rotor shown in Figure 10, a locknut method was adopted for tightening the core. Motor size reduction was achieved through measures such as an increase in rotation speed. Furthermore, a magnetic circuit design was developed that improved the reluctance torque of the rotor core. As a result, the volume of magnet used was reduced by at least 15% compared with the P410. As for reducing loss, the harmonic component of the magnetic flux was substantially reduced by optimizing magnet position, thereby reducing iron loss. Furthermore, a thin electromagnetic steel plate and a new magnet material were developed, reducing motor loss and the usage of rare earth material. 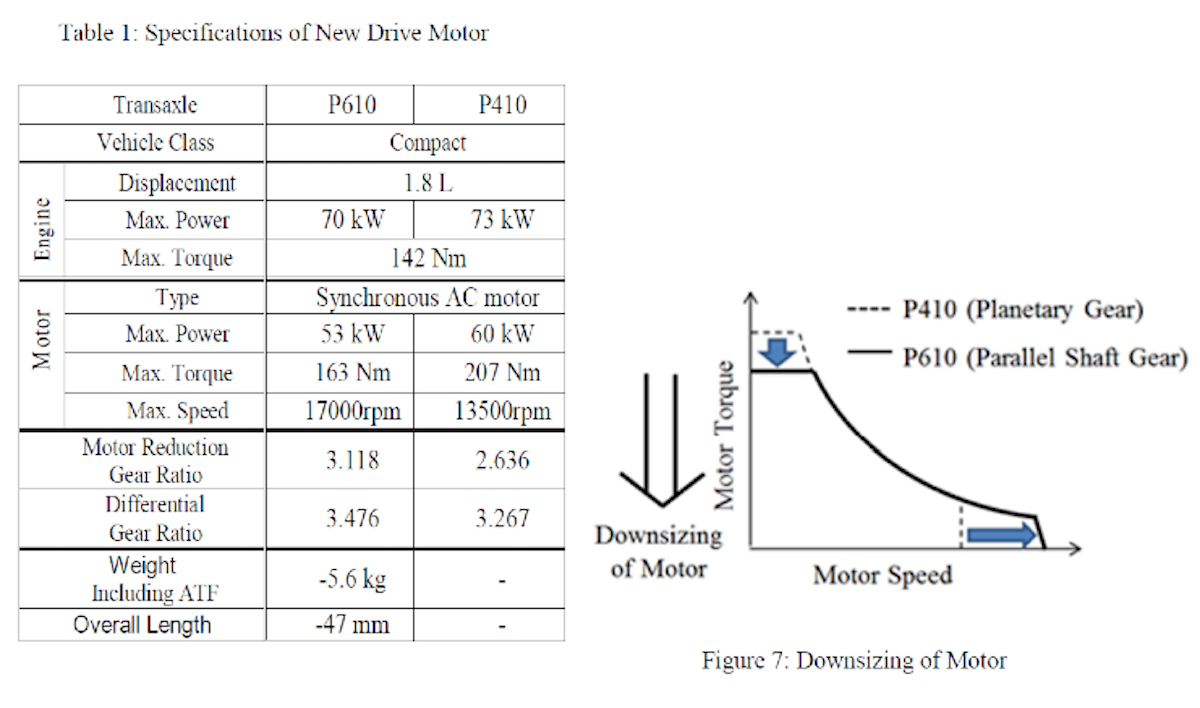