2008 12월12일 Raghu Das
Attendance at the annual IDTechEx Printed Electronics USA 2008 event in San Jose, CA, reached almost 700 people from 22 countries.
Most attendees were from North America, followed by Korea and then Japan.
There were 55 exhibitors - making this event the largest in the World on the topic, and it was substantially bigger than previous years - up 30% compared to 2007. In particular, there were a diverse range of representatives from major consumer brands, advertising companies, toy/leisure companies and consumer electronics companies. 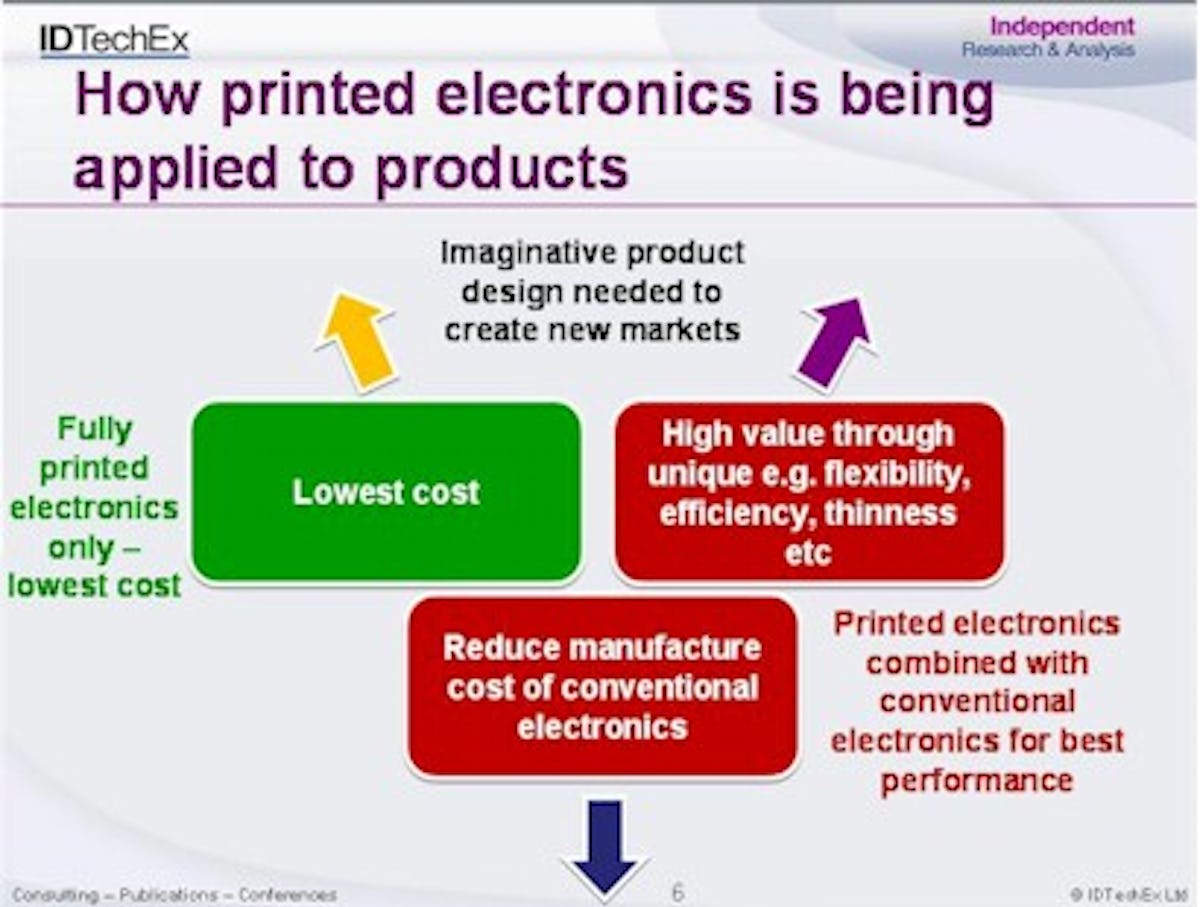 Das revealed new IDTechEx forecasts for 2009 - a $1.95 Billion market in 2009, but only 28.7% of that is predominately printed. The largest sectors by value are OLED and thin film photovoltaics beyond conventional silicon. Das commented that the market size for printed/organic transistors commercially is zero in 2008 (some companies have some revenue however for samples, prototypes and licensing), but in 2009 the first commercial product appears using printed/organic transistors. 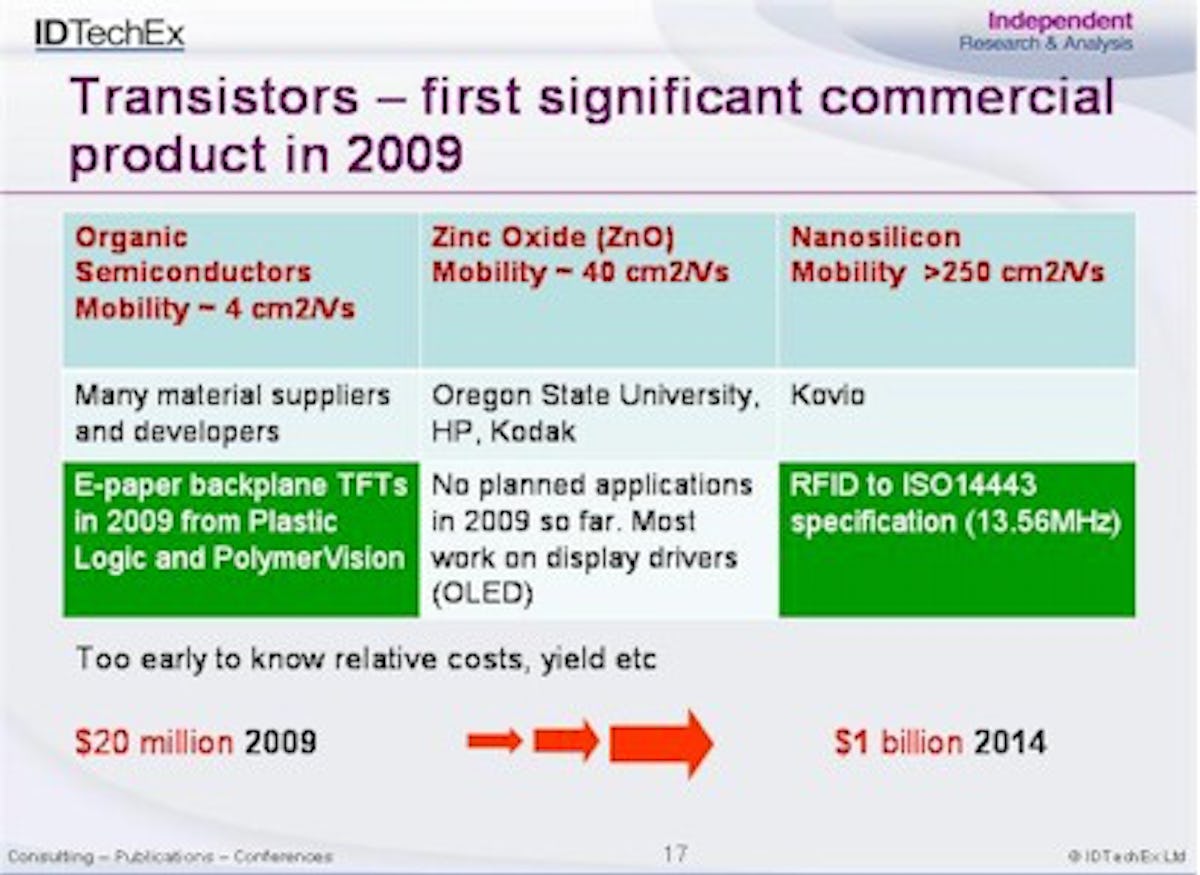 Plastic Logic gave a live preview of their e-reader device. The company opened a manufacturing plant in Dresden, Germany, in September 2008 and announced that they will release the product in the marketplace in Spring 2009.
Ami Mashkoori, CEO of Kovio, presented and demonstrated their fully printed RFID tag. The technology is based on silicon-ink which has a high mobility (~100cm2/v.s) and is low power (CMOS). The tag demonstrated had 128 bits of memory and worked at HF (13.56MHz). Based on ISO 14443 standards, it features integrated synchronous analog, logic, anti-collision, and read-only memory blocks. The product is currently being sampled by lead customers with volume production due to start in Q2 2009.

Dr Mike Wiltshire, of Imperial College, London, gave a talk covering "Metamaterials - for Super-Lenses and Invisibility Cloaks from DC to Optics." Metamaterials are artificial materials that can be designed to have electromagnetic properties (permittivity and permeability) that were previously unobtainable. They can manipulate electromagnetic waves to provide novel functions such as sub-wavelength focussing and invisibility cloaks. Their potential application areas range from DC to optical frequencies, and provide challenges of optimization and fabrication. Dr Wiltshire described that to make materials invisible in the optical spectrum, a printing feature size of 5 nanometers is required. This is possible using dip-pen nanolithography, but that is too slow for large area printing so alternatives are needed.

Konarka presented its new OPV manufacturing line, based on a flexographic printer. Konarka has a range of solar cell products now available in different sizes. One end product is a handbag with an integrated solar panel used to recharge cellphones and other small electronic devices. Konarka and others working on OPV expect that 7% efficiency and 5 year cell lifetime is possible within a few years. One key issue cited by OPV developers and OLED display developers is the need for low cost, flexible, transparent barrier materials.
Analyst firm Lux Research was less optimistic about the market growth for OPV devices in the short term, citing a market size of $2.42 Million in 2008 for OPV and DSSC type solar cells rising to $18.4 Million in 2013 (of a solar market worth approximately $100 Billion that year).

Structural Graphics covered their experience putting together the E ink display into the cover of Esquire Magazine this year. The magazine received extensive media coverage - including on news channels, and had the most sold ad pages of any Esquire issue in the last 11 years.
In 2009 IDTechEx will continue to put together the largest events on printed electronics in three continents. In particular, our efforts focus on linking the printed electronics industry to end users and product design. 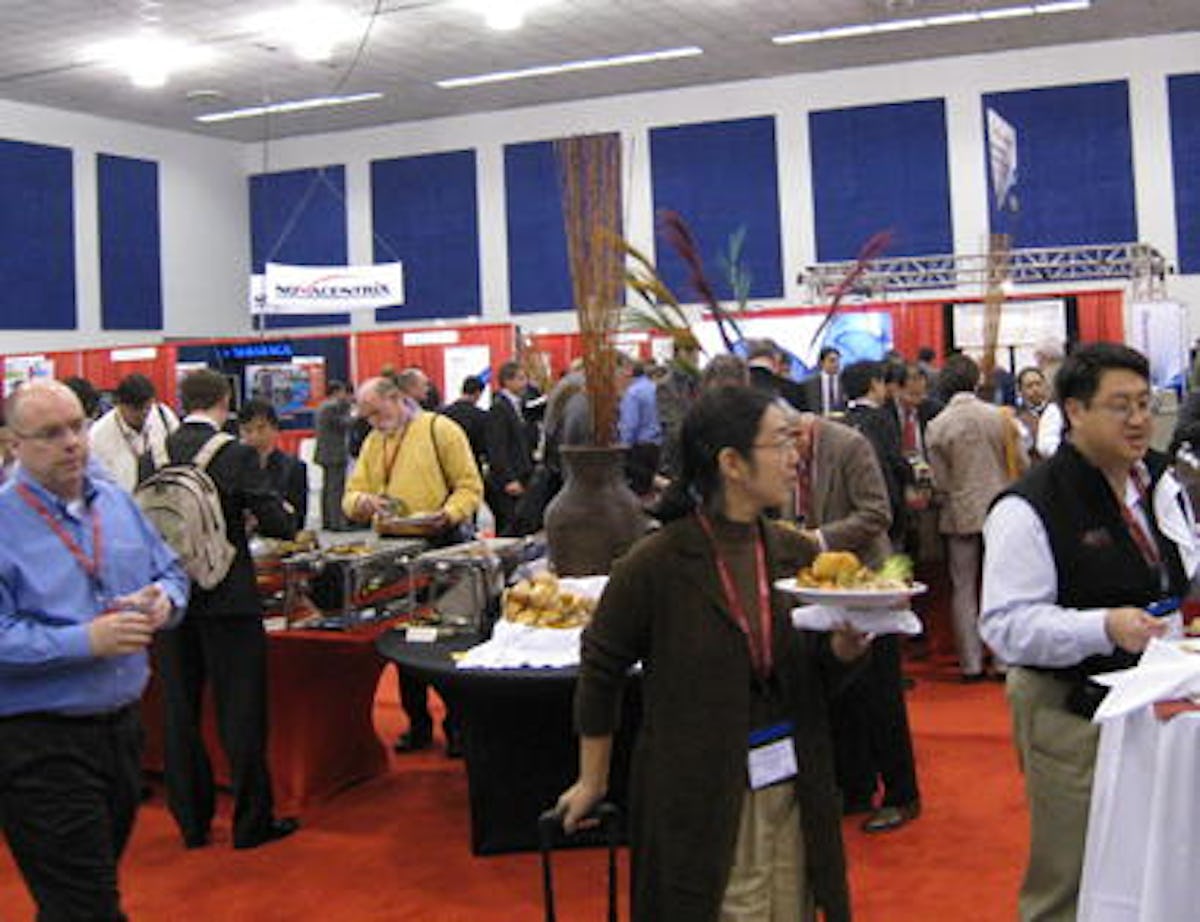 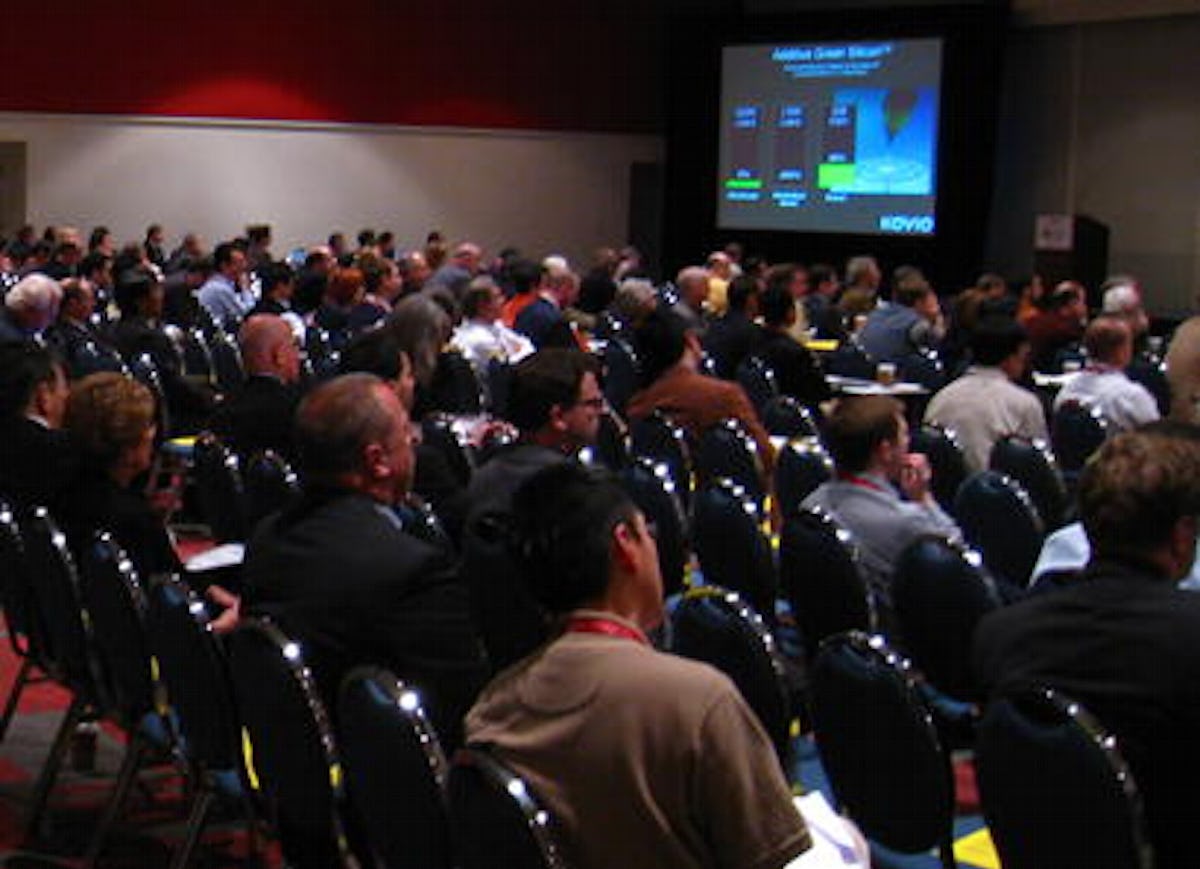