2011年7月29天 Dr Peter Harrop
Fuel cells were originally considered to be replacements for internal combustion engines used in traditional vehicles and replacements for traction batteries used in pure electric vehicles. Unfortunately, they have proved woefully incapable of efficiently and economically supporting the frequent load changes of vehicle traction. Many of them had a troublesome start up time and problems of life and reliability as well. Thus building ever larger fuel cells was pursued from about 1991 to 2001 but it ended in tears.
For forecast, market and technology information visit www.IDTechEx.com/research.
After that, better batteries, notably NiMH then Li-ion were able to take over even more of the work of traction. It has been feasible to trial smaller fuel cells in the hope of achieving an affordable fuel cell range extender for hybrid vehicles that can perform the easier task of providing constant power and less of it. Both the improved power density and the improved energy density of the newer batteries come to the rescue. Commercial success is still elusive, unless we count one off; Autonomous Underwater Vehicles (UAVs), Unmanned Air Vehicles (AUVs), and military land vehicles, that have been deployed for something more than a trial. All the same, there is reason to believe that commercial success of volume production of traction fuel cells for vehicles will be achieved in due course as they are perfected as range extenders, not primary power. In this new role, they will be providing only kilowatts to tens of kilowatts of power in the main, just like their rivals the simplified gas turbine and piston engine range extenders that are designed-to-purpose. The history of trials of fuel cells in buses is illustrated below. They peaked at around 300 kW but we show the broad trend of the largest and smallest ones.
Trend of size of the largest (in red) and smallest (in green) fuel cell sets used in 98 bus trials worldwide over the last twenty years. 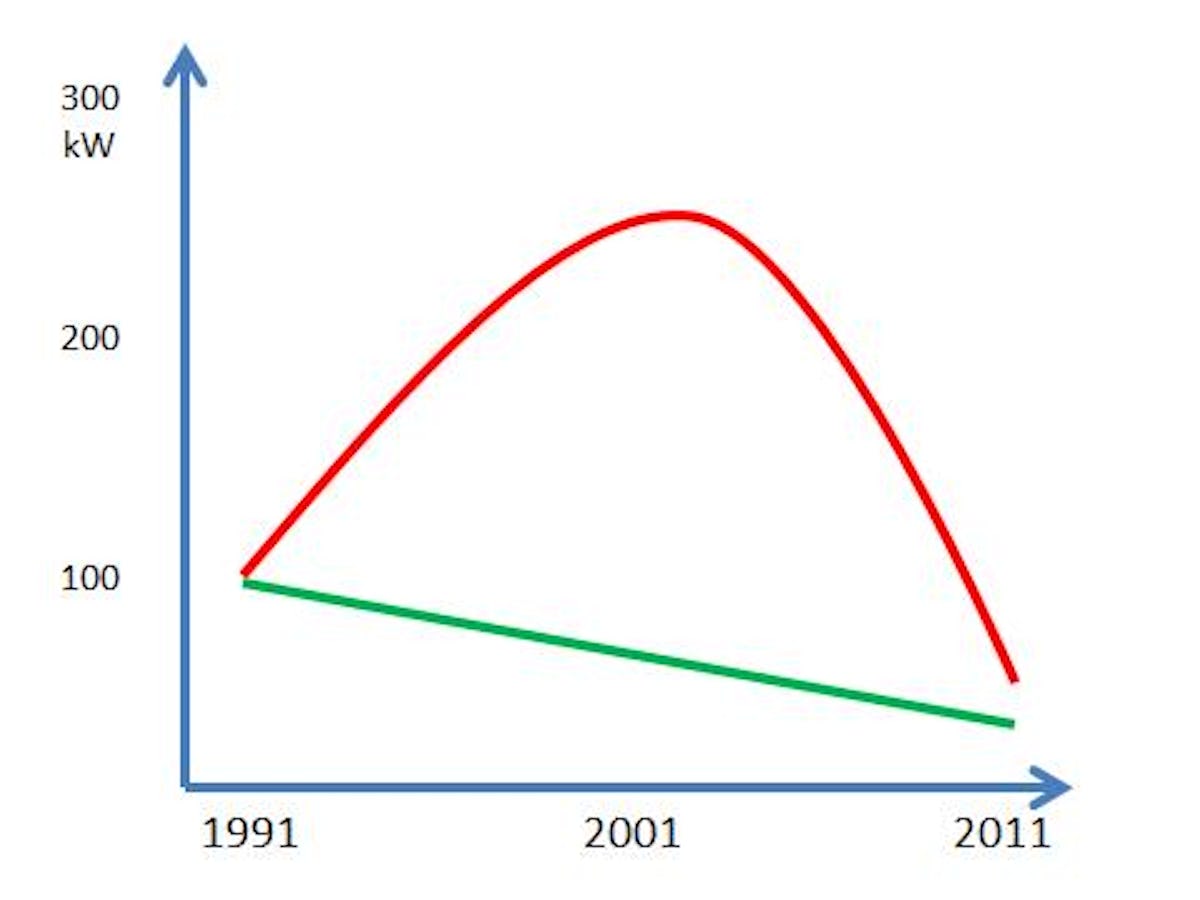 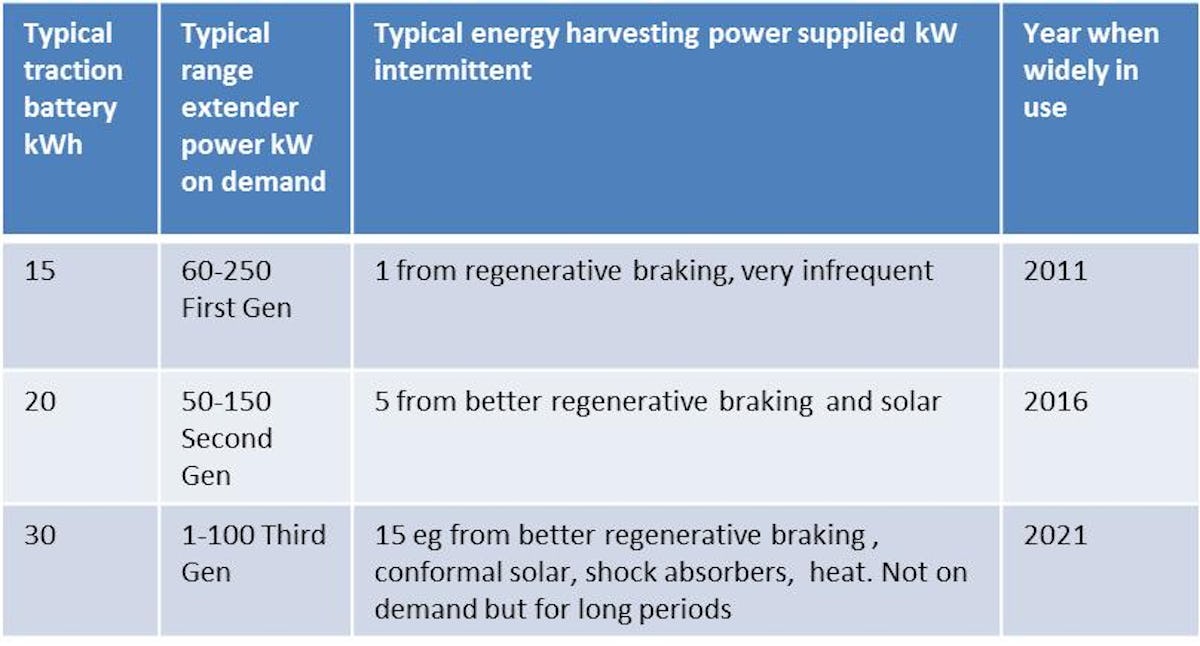 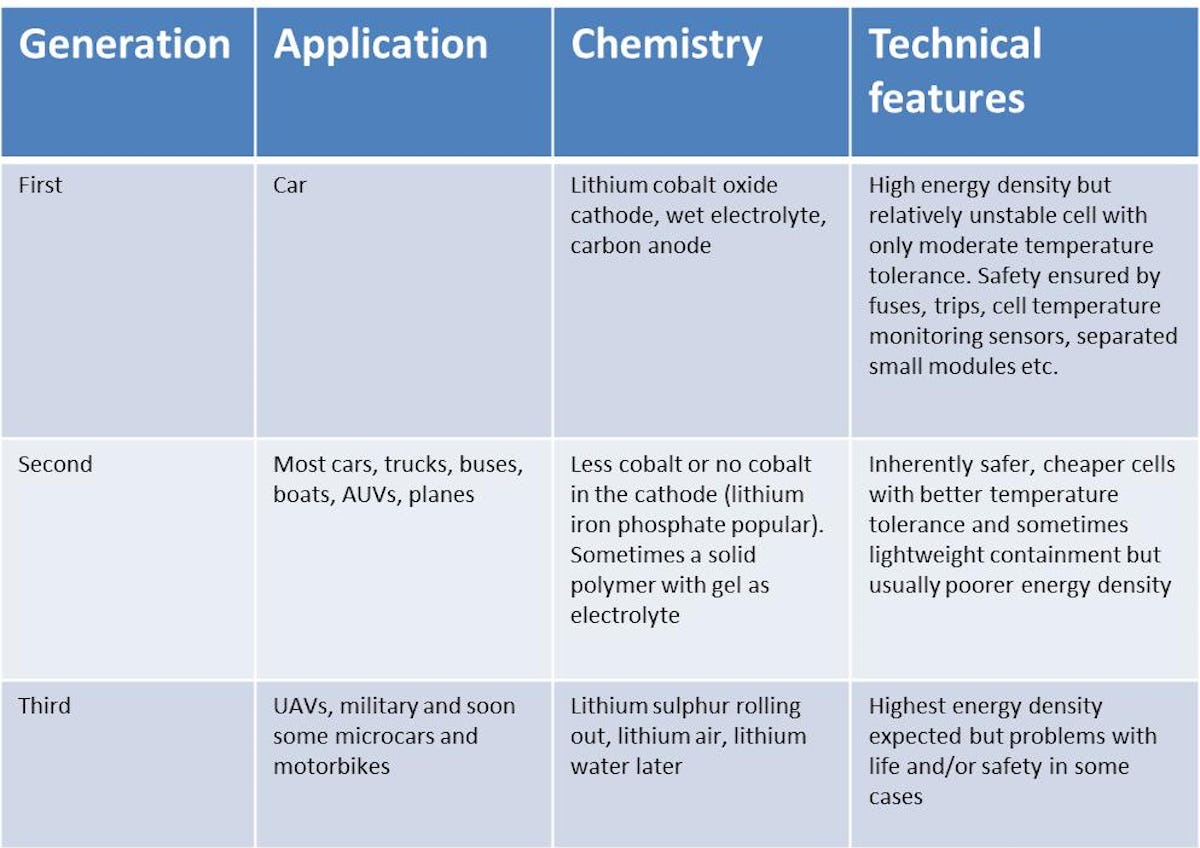