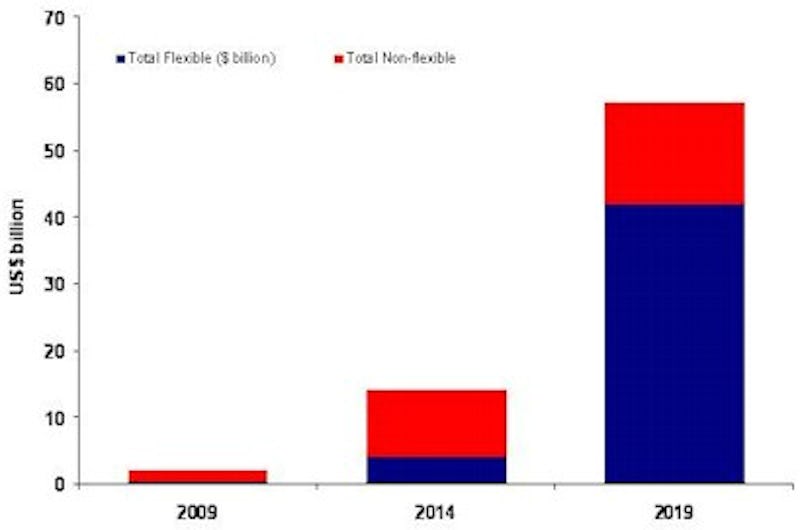 Source: "Printed, Organic and Flexible Electronics Forecasts, Players, Opportunities 2009-2019" IDTechEx.
Much bigger toolkit
The toolkit of components that can be printed or at least partially printed is now expanding very rapidly. There is work on printed and thin film organic and inorganic piezoelectric and thermoelectric energy harvesters, inorganic photovoltaics, inorganic and composite fuel cell elements, thin film supercapacitors, supercabatteries, lasers, thermistors, new forms of resistor. Many more printed sensors of biological, physical and chemical processes are appearing. The list goes on and on and it is increasingly common to hear the statement "We shall be providing samples this year".
It is now clear that there will be rapid evolution of the physical structures that prove feasible over the next ten years. Today's practice of few types of components being printed on one flexible layer will be followed by the practice of laminating many such films each supporting a different component.
Finally, the far more demanding printing of many electrical and electronic components alongside and over each other on one flexible substrate will become possible. This is tricky because one ink can damage another and one annealing process can damage a pre-existing layer. However, success will mean radically new product concepts can become a reality at lowest cost, weight and size and with maximum flexibility and reliability by removing interconnects. To some extent that is like the silicon chip forty years ago but with many capabilities and price points that the silicon chip and conventional display technologies can never reach. Include fault tolerance and making every circuit different in that. The physical evolution is illustrated below.
Evolution of printed electronics structures 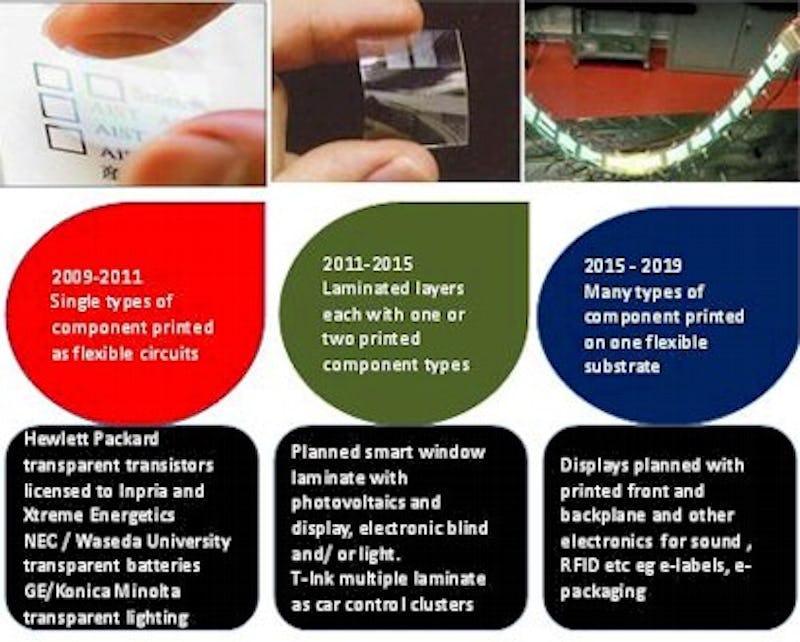