2015年5月8天 Franco Gonzalez
What ducks and batteries have in common? The answer is Tesla's new home energy storage system. I will explain why.
As renewable energy content increases in the overall mix of electricity systems there will be a more variable energy demand. In sunny regions such as California where the solar irradiation peaks at mid day, the power demand profile will take the shape of a duck. This is the so called duck curve (figure below). This means that the net load (the actual demand on the system minus variable generation production) will increasingly present a bigger depression at midday every year as the amount of solar (and some wind) energy generation increases. This depression in demand will be followed by an increasingly higher peak ramp up in net load as the time of sunset every year. This type of demand behaviour will require higher capacity infrastructure (grids) and higher reserve capacity to supply the required peak energy in the system, both of these things mean higher electricity costs. 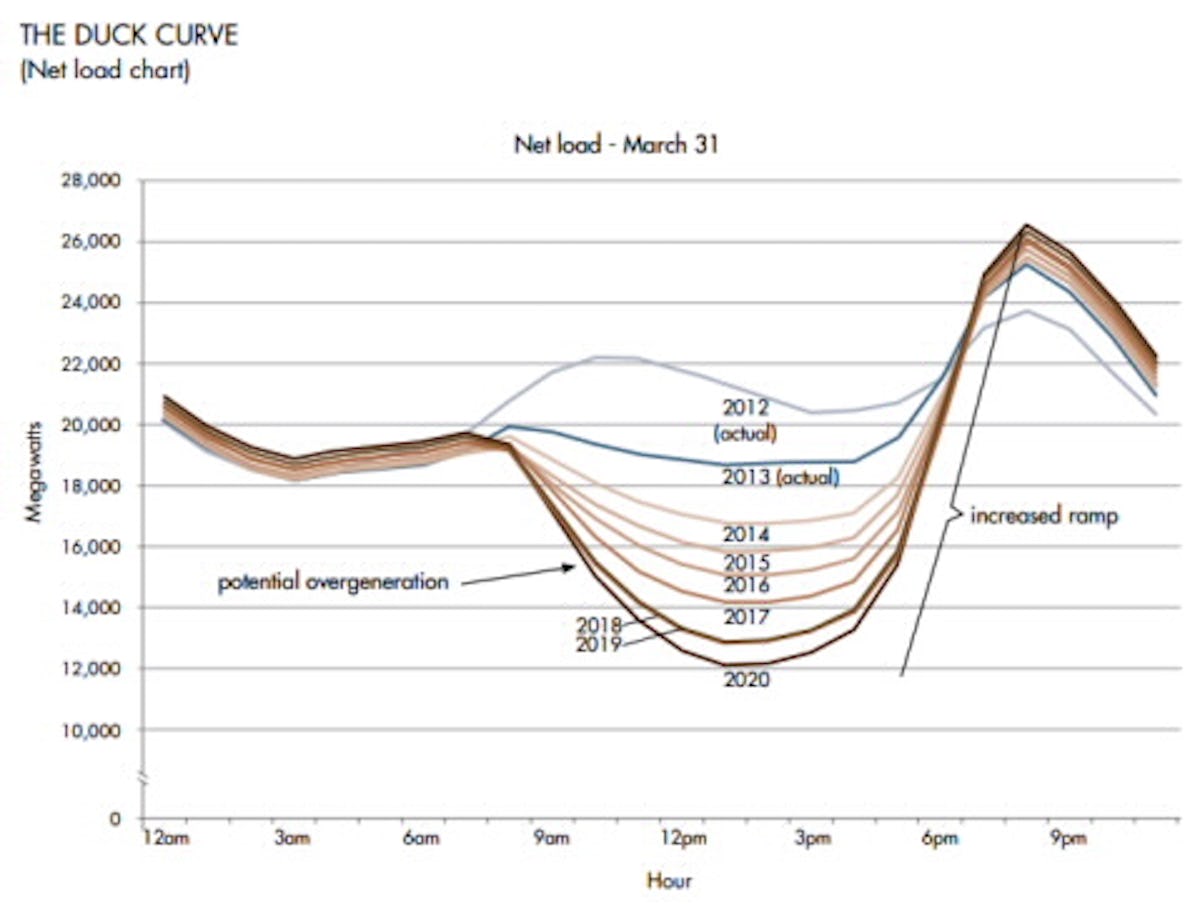 Source: Demand response and energy efficiency roadmap, California ISO Shaping a Renewed Future, 2013.
A way to solve this problem is to store energy during potential over generation during midday in order to supply the peak in energy during the evening in a way that the average net load curve is flatter.
This is effectively hunting the duck down! In this way avoiding the need of extra system capacity. And Tesla is certainly opening the duck hunting season and a billion dollar market!
Now is Tesla's battery the best battery technology to do so? Well Tesla is currently sourcing batteries from Panasonic, these are Lithium Nickel Cobalt Aluminum oxide (NCA) batteries which contain less expensive materials than the battery in your mobile phone, the Lithium Cobalt oxide battery. These NCA batteries are therefore cheaper from a materials perspective, but still keeping more less the same energy capacity.
However you may want to find out how long these type of batteries would last. Well based on recent tests NCA batteries, see chart below have a longer calendar life than other types of lithium ion batteries such as lithium manganese oxide, lithium nickel manganese cobalt and lithium iron phosphate. Therefore it is the right choice of chemistry. 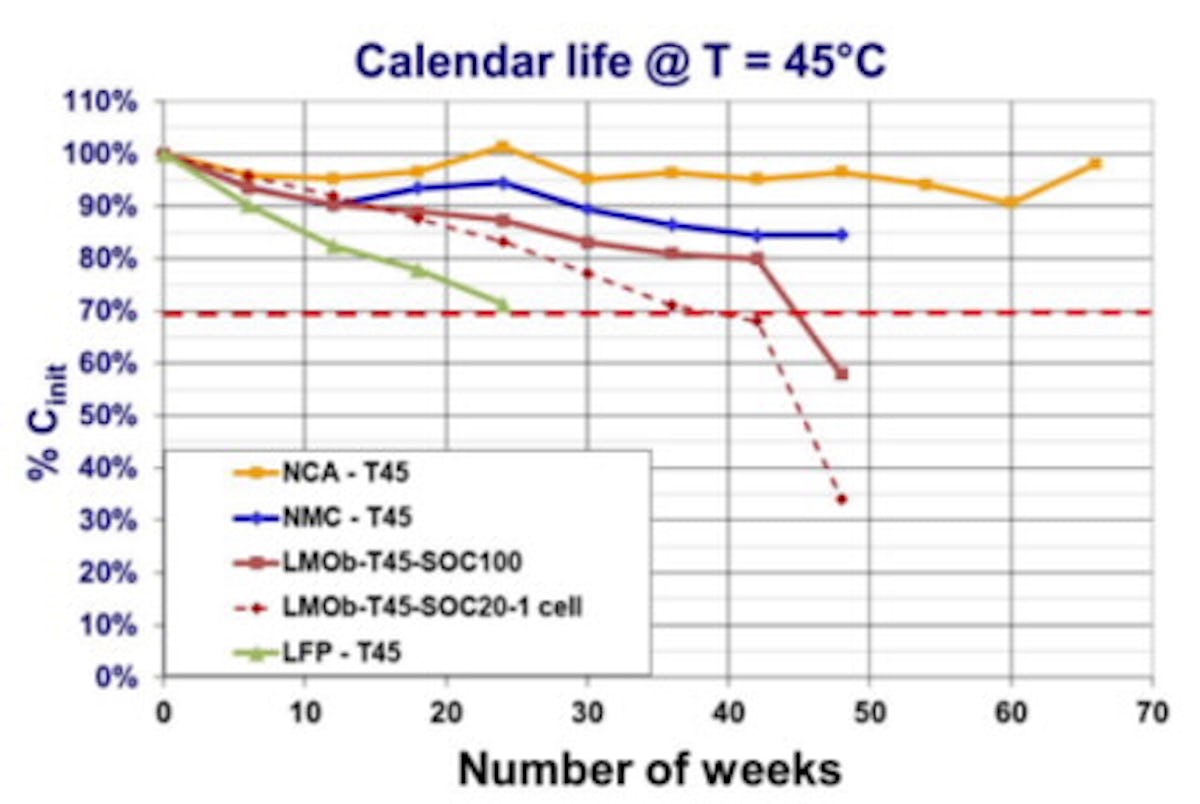 Source: Renault Helios Project 2014
Tesla is opening the market of grid energy storage at residential level opening therefore the door for many possibilities in the structure of future energy systems.
Learn more about battery technologies in IDTechEx's report Analysis of over 140 Lithium Based Battery Manufacturers: Chemistry, Strategies, and Success
PrintForwardTweetLikePinredditShare
Previous
Next