2022年9月28天 Dr James Jeffs
Roboshuttles like those from EasyMile and Navya are a new and exciting mobility solution that have grown in interest during the past decade. They are all electric, autonomous, and a promised solution to last mile journeys in cities. However, in the past few years, IDTechEx has observed a slump in roboshuttle sales and a reduction in the number of active roboshuttle companies. This is one of the key findings of the new IDTechEx report "Heavy-Duty Autonomous Vehicles 2023-2043: Trucks, Buses & Roboshuttles".
Leaders in the field Navya have reported declining sales since a peak in 2018 when it sold over 60 units. Last year it sold just 19. Others have not been so lucky and have had to close their doors and cease activity. 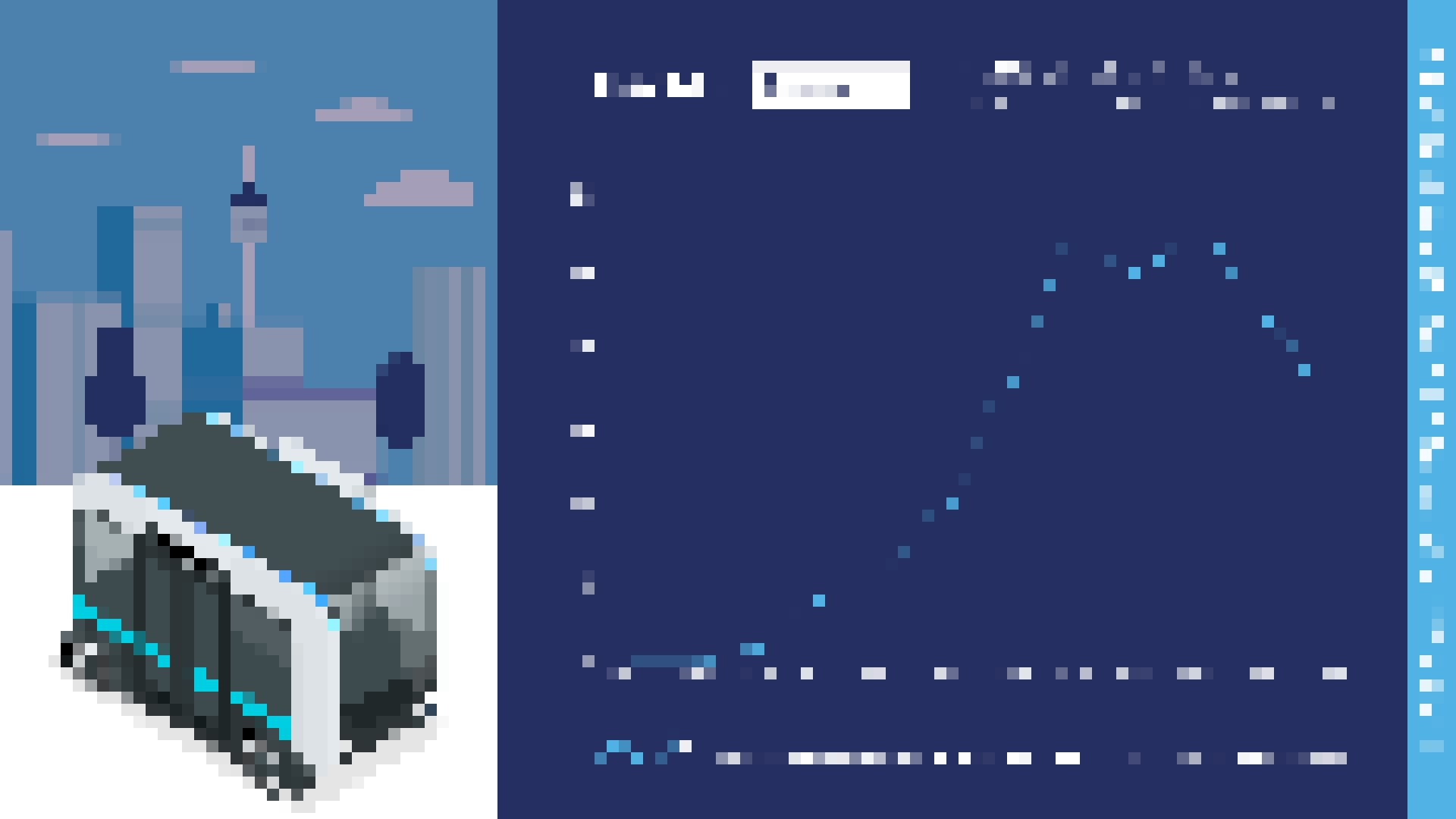 Number of active roboshuttle companies. Source: IDTechEx
COVID has certainly had some impact on the industry. Social distancing measures and other cautions made testing any autonomous transport very difficult in 2020. More trialing and testing activities picked up at the end of 2021 and into 2022. This allowed robotaxis to start commercial deployments with fleets of tens and hundreds of fee-charging vehicles in operation. The same recovery was not seen in the roboshuttle industry, with new trials remaining small and supervised.
The IDTechEx Heavy-Duty Autonomous Vehicles report has shown that there are still some major hurdles facing the roboshuttle industry, which will need to be overcome for us to see commercial deployments of these vehicles. IDTechEx sees the three biggest hurdles for roboshuttles as homologation, general autonomous challenges, and finding a place in the world for their usage cases.

Homologated vehicles are vehicles that you or I could go out and buy today. They have passed numerous roadworthiness tests, design specifications, and minimum equipment requirements to verify and validate that they will be safe. When robotaxi companies, autonomous truck companies, and autonomous bus companies retrofit to vehicles, they are working with homologated vehicles. This means that the authorities have no concerns about the vehicle being road worthy and only need to worry about the new autonomous systems.
Roboshuttles are not homologated vehicles, which introduces a new set of complications. They are built from the ground up to be autonomous, which means they lack conventional driving controls, such as steering wheel, pedals, etc. They are also without some key features which make vehicles roadworthy, such as wing mirrors. This means they require additional exemptions to be allowed to test on the road. Exemptions are used in most autonomous testing to allow work-in-progress autonomous systems to prove their safety during on road testing. Laws are also changing and evolving to allow such vehicles to operate commercially now that they are proving their safety. The difference for roboshuttles is they also need a separate set of rule changes that will allow them to operate vehicles on public roads without conventional controls and other human-driver necessities.
Autonomous delivery vehicle developer Nuro is making progress in this area. Its small pod-like vehicle is in commercial trials, making paid deliveries to people's houses in California, Arizona, and Texas. Its vehicles are designed to only carry goods and therefore would not benefit in any way from some conventional features. The NHTSA recently ruled that zero-occupant vehicles do not need features designed to protect occupants, such as seatbelts and airbags. Although this shows that changes can happen, roboshuttles will be carrying occupants, and so changes will likely happen more slowly.
Building roboshuttles from the ground up gives the ability to optimize the space for human transportation. These vehicles are typically capable of carrying 10-20 passengers in a space little bigger than a family hatchback. But without those conventional features, it does create another set of regulatory challenges. IDTechEx thinks that these challenges are part of the reason roboshuttles have not been able to scale at the same rate as robotaxis.

Proving that an autonomous system is safe is very challenging. The big players and leaders of the roboshuttle race, Waymo and Cruise, have amassed millions of on road miles of testing in California alone, with fleets of hundreds of vehicles. Since roboshuttles do not have the same scale of fleet, or ability to test in large areas (most trials only have routes of 1-5km) it is much harder for them to prove their safety. Furthermore, without conventional controls for a safety driver to sit behind, regaining control of the autonomous system is also more complicated. Test drivers will typically use a remote-control box, with a joystick for controlling movements and buttons to override or stop the vehicle. This limits the speed at which the vehicles can be tested, with 25kmph being a typical limit imposed according to IDTechEx's research.
Slow vehicles, short testing routes, and limited fleet numbers mean that both the development and proving of the autonomous system is going to be slower for roboshuttles than robotaxis.

Finding a Place in the World

Possibly one of the biggest questions surrounding roboshuttles is what their purpose will be. The use case for robotaxis is clear, Uber has been shown to be incredibly popular, and a driverless version promises to be cheaper and safer. For autonomous trucking, it is simple, there are presently not enough truck drivers, and autonomous trucking on freeways between distribution hubs is quite achievable. But what will be the purpose of roboshuttles.
Companies in the industry paint a picture of these vehicles whizzing around cities, fulfilling people's individualized routes. But they will be competing against a well-established public transport system of buses, trains, metros, and trams in whatever city they get deployed in. Not to mention cycling and walking, which already account for a large proportion of final mile journeys.
Many cities are aiming to decongest the roads by encouraging more walking, cycling, and other micro-mobility solutions. How then will autonomous roboshuttles impact the uptake of those more active modes of transport, would they incentivize people to give up on personal cars or disincentivize walking?
With only small trial demonstrations so far, IDTechEx has not seen how these new vehicles will get adopted into the public transportation system. They could be a much-needed solution to final mile journeys, or they could be another vehicle cluttering the already busy roads.

There is still interest in roboshuttles, with some players showing big investment and a big commitment. Cruise is one of the industry leaders in autonomy and has recently launched a commercial robotaxi service in San Francisco. It uses a fleet of Chevrolet Bolts from parent company GM, but its long-term ambition is to operate using a fleet of bespoke autonomous roboshuttle type vehicles called the Origin. GM and Cruise are already planning the production of these vehicles, and with their financial might, it would be ill-advised to bet against them. The Cruise Origin will share the homologation hurdle, as it is designed without conventional controls and without exterior mirrors etc. Cruise has been petitioning the NHTSA for approval to deploy the unconventional vehicle, but there does not appear to have been progress here yet. When it comes to the other hurdles, Cruise has some advantages. Cruise is already demonstrating its capability in autonomy through its deployments and testing in California. Cruise also has an easier to understand use case planned. The vehicles will operate more like robotaxis, carrying up to six people and able to achieve higher speeds than the likes of EasyMile and Navya. The downside to this is that it will come at more of a premium than the public transport-oriented competition.
Another big player to keep an eye on is ZF, which recently acquired shuttle maker 2getthere. ZF has a catalog of sensors that it can bring to the vehicle, including radar and LiDAR, and is working on an autonomous roboshuttle version of 2getthere's GRT. The vehicle has already been deployed on trials. ZF will still need to homologate the vehicle and show that its autonomous systems are up to scratch, but it does have good ideas for deployments. It has previously spoken about transforming disused railways into dedicated roadways for these vehicles. This would be cheaper than recommissioning a railway, easier for the autonomous system by better controlling its operating environment, and might even get around some homologation issues by operating off public highways.
Roboshuttles are an exciting new form of transportation that is rapidly getting less new and less exciting. As other forms of autonomous transportation are starting to gather pace it looks like roboshuttles are still struggling to get off the line. They are facing some significant challenges in homologation, proving autonomous safety, and finding a sweet spot in use cases. Despite this, IDTechEx has seen some activities that still provide hope for the future of this industry. More information about how this industry is going to grow and the key players in the field can be found in the comprehensive IDTechEx Heavy-Duty Autonomous Vehicle report.
For more information on this report, please visit www.IDTechEx.com/HeavyDutyAV.

This research forms part of the broader mobility research portfolio from IDTechEx, who track the adoption of autonomy, electric vehicles, battery trends, and demand across land, sea and air, helping you navigate whatever may be ahead. Find out more at www.IDTechEx.com/Mobility.
IDTechEx guides your strategic business decisions through its Research, Subscription and Consultancy products, helping you profit from emerging technologies. For more information, contact research@IDTechEx.com or visit www.IDTechEx.com.
PrintForwardTweetLikePinredditShare
Previous
Next