2013年5月21天 Dr Peter Harrop
How is it that some analysts put pure-electric car sales at hundreds of thousands in 2012 whereas others report a mere 60-65,000? At analysts IDTechEx, we feel that a lack of rigor is largely to blame because there are cars homologated as such and car-like vehicles that are not homologated as cars. The contrast is stark. Only 65,000 true pure-electric cars, homologated as such, were sold globally in 2012, very much a failure compared to the 1.522 million hybrid electric cars sold. However, car-like vehicles not homologated as cars, but competing with them, have now also come center stage and IDTechEx reflects this by making them a separate forecasting category in its reports for the first time this year (www.IDTechEx.com/research/ev).
Some car-like vehicles become very popular
They go under many names and have many sub-categories but, in the past, the only car-like electric vehicles of any significance that are not homologated as cars and have sold in any quantity have been golf cars (golf carts). All analysts leave those out of their car statistics. Highly profitable and with about 80% of sales controlled by two US manufacturers they are used very little beyond the US. The golf market is saturated. On the other hand, a $5.2 billion business is being created by 2023 for other car-like vehicles with completely different manufacturers, territories of interest and in being on-road rather than off-road.
The new success is the car-like Micro EVs, classified as "quadricycle" in Europe, where the Renault Twizy at the top of this market sold in thousands on launch in 2012. It is a lot of money to pay for a vehicle little bigger than a quad bike and with no windows, but this is really a fun product rather than a car replacement. However, in sales volume and potential, it is a sideshow compared with the larger Micro EVs in the developing nations. These are getting the biggest orders and IDTechEx expects a robust increase in sales to a projected global demand of three million units in 2023.
This is detailed in the IDTechEx statistics given in its new report, Hybrid and Electric Vehicles for Land, Water and Air 2013-2023: Forecasts, Technologies, Players. IFEVS in Italy sees even greater early success, even without government subsidies.
IDTechEx sales forecast for some volume sectors of electric vehicles 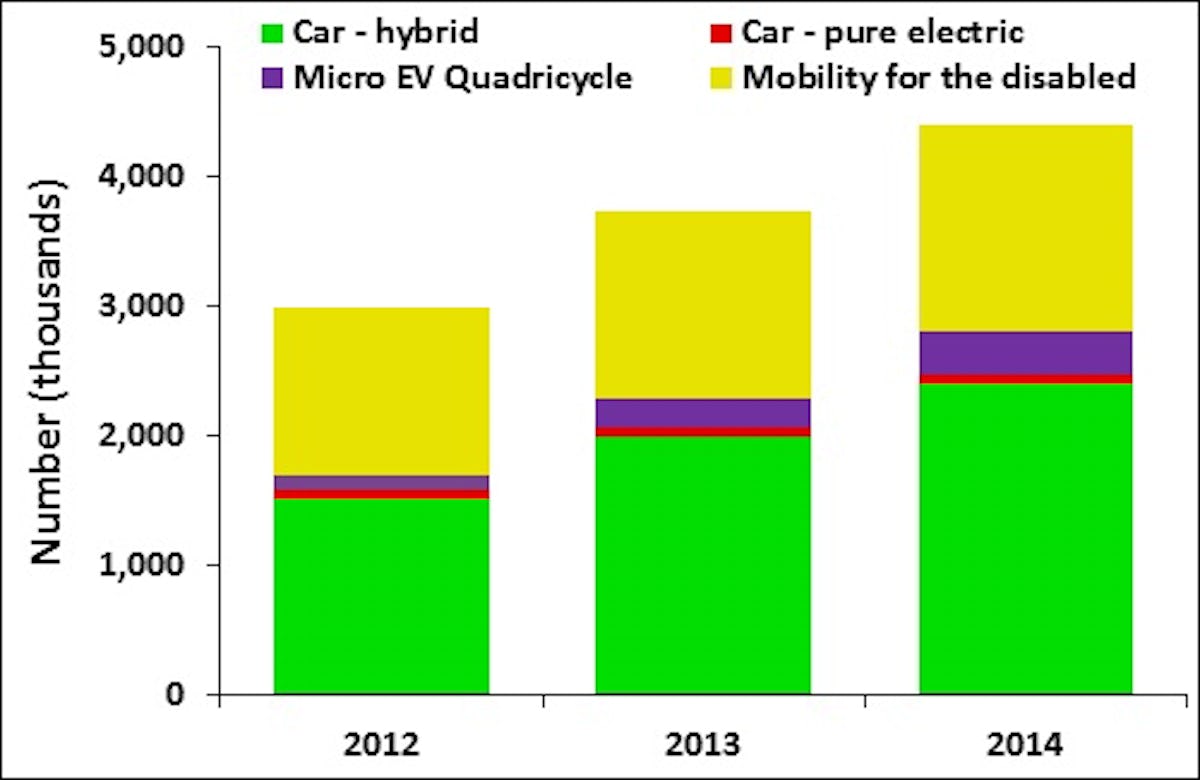