2014年7月17日
There are many definitions flying around the world of technology for what the Internet of Things (IoT) is or what it can do for people and even more impressively, a wide range of numbers that describe the size of the market that the IoT is going to grow into, some of those projections swimming close to the "realm of unbelievable".
Regardless of which definition for the IoT you subscribe to, or what your expectation is in terms of how large the market for the IoT will be in the next decade, IDTechEx research finds that two things are clear:
The Philips Hue personal wireless lighting range of products is probably one of the most interesting examples of commercial solutions that demonstrates both of these conclusions in action: In essence, very simple, "wireless, internet connected" light bulbs, the complete Hue starter kit allows consumers to control light bulbs from a smart phone (up to 50 bulbs can be connected), giving the consumer the ability to play with intensity, dimming, setting timers, alarm clocks, in essence a fully personalized lighting scheme.
Alongside it's increased energy efficiency (Hue bulbs consume up to 80% less power when compared to traditional lightbulbs), the range of products now boasts the Tap battery-free switch for hue wireless bulbs as the latest device that has gone on sale, offering an app-free way to quickly control groups of lights between a set of favorite presets. The circular switch was announced back in March as a way to control Hue devices when a smartphone or tablet is not immediately available. Philips uses kinetic energy harvesting to fuel its low-power ZigBee connection; that means you can mount it on a wall without needing to retrofit wires, or just place it on a coffee table, or carry it in your pocket even, and use it as a portable remote. The device will harvest energy from tapping motion/pushing buttons for all its powering needs. 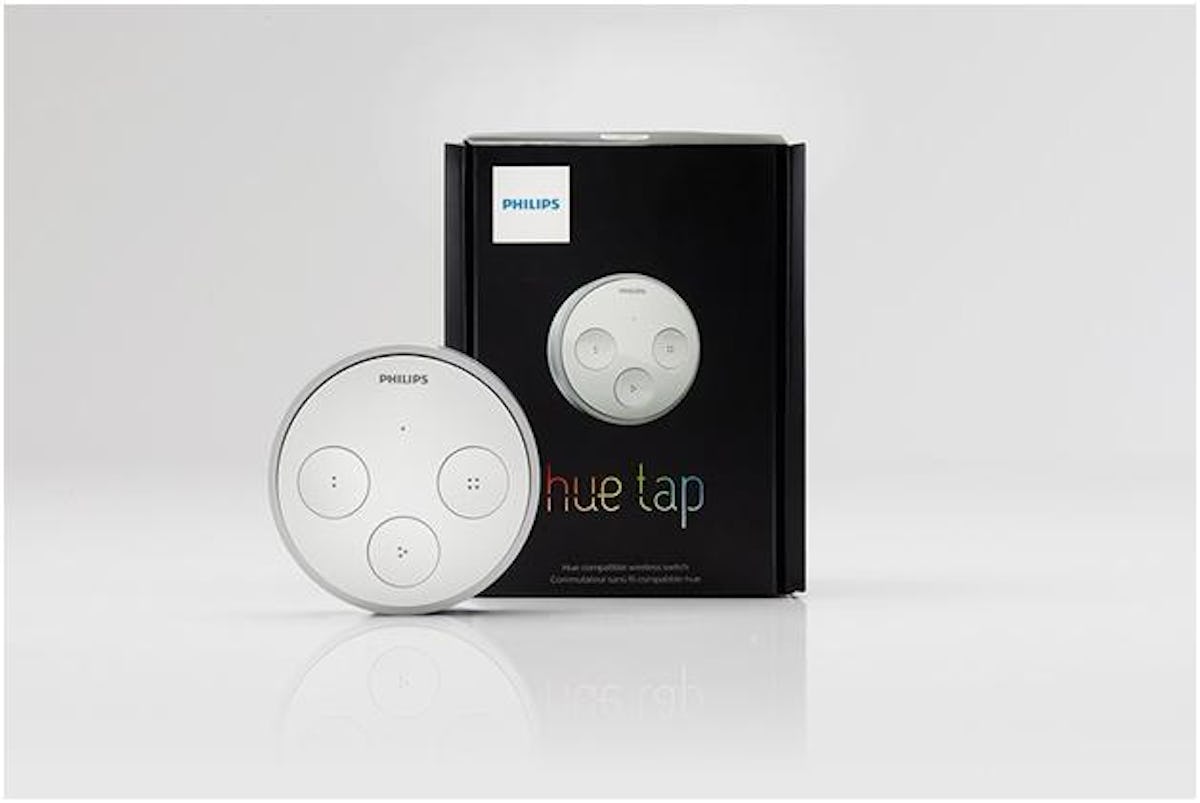