2013 9월20일
IDTechEx considers the fact that electric bicycle batteries can be removed for charging to be a huge benefit to those wishing to prevent theft and those parking where no charging is possible or where the vehicle may be vandalised during charging. Now that considerable benefit has come to microEVs. Estrima of Italy has added the option of a lithium-ion Re-Move battery.
Estrima Birò microEV and battery removal 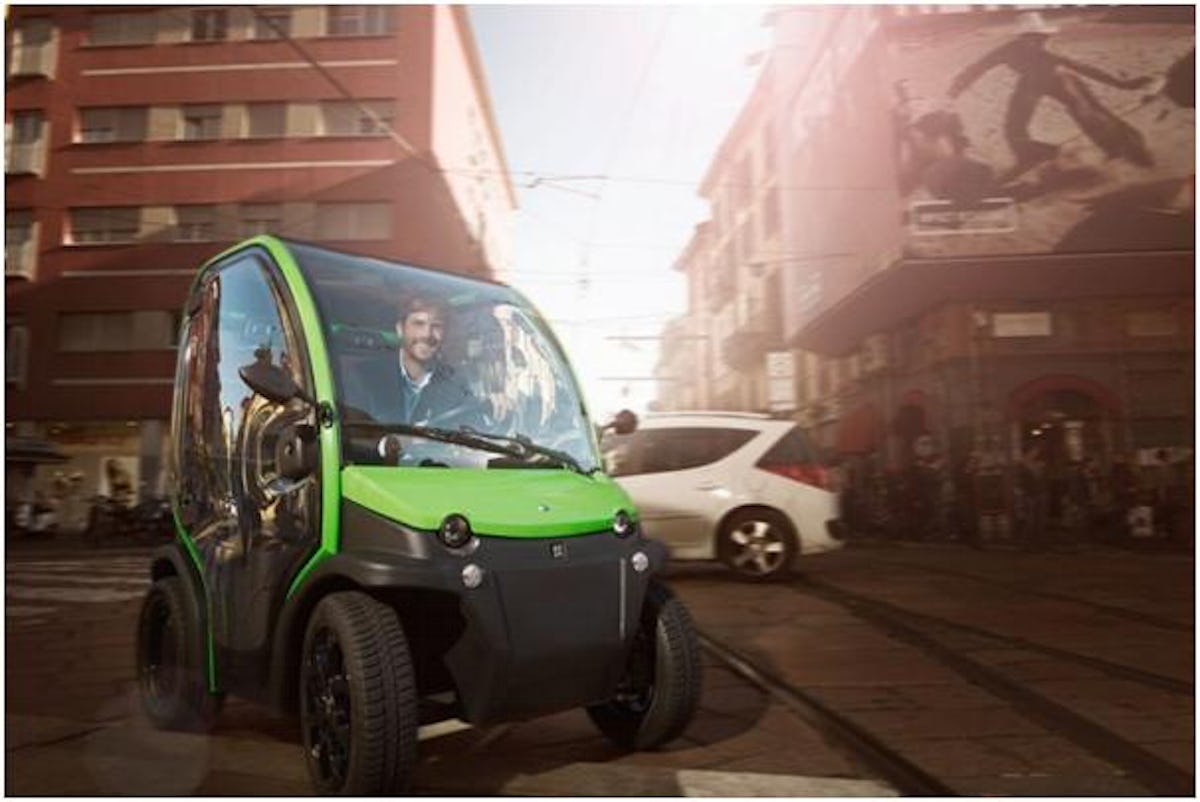 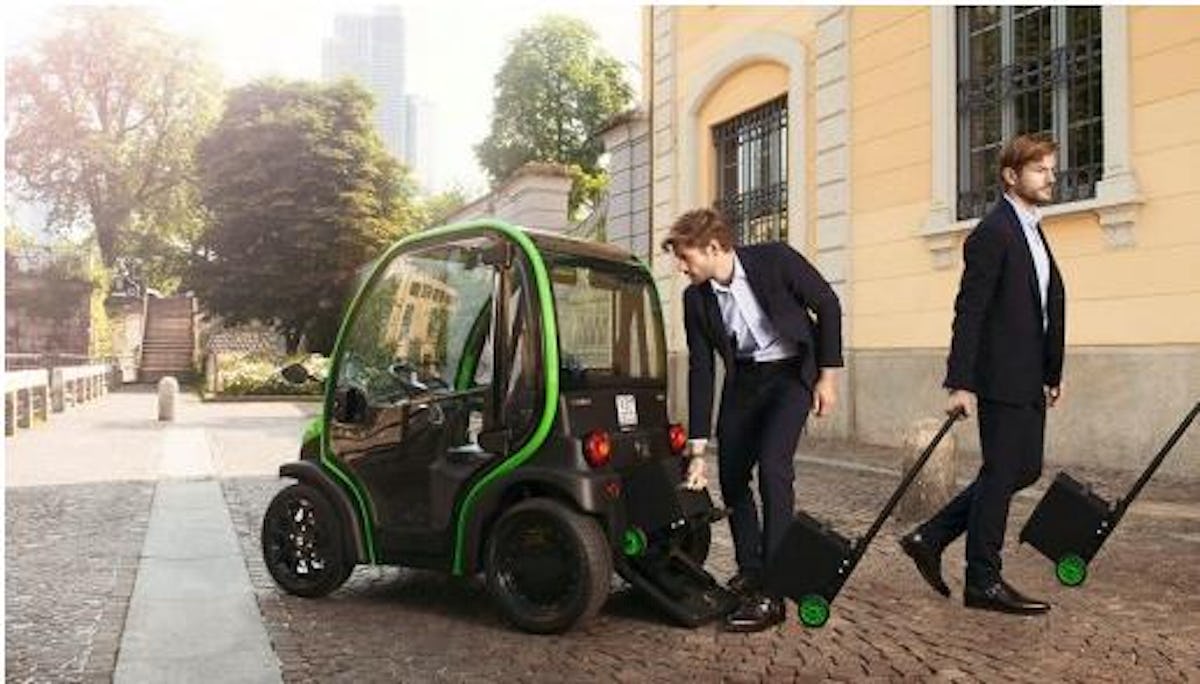 Source Estrima Birò
Like the current lithium battery, it provides about 40 km (25 miles) of driving range, and can be charged in four hours. Unlike that battery, however, the Re-Move has wheels and is mounted on a track, so it can be easily slid out through a hatch in the back of the vehicle once it's parked. No wires or plugs need to be detached.
Once it's out, the 26-lb (12-kg) battery's telescopic handle can be extended, allowing the user to pull it along like a suitcase. It can then be charged from a regular electrical outlet. That said, it's also possible to charge the battery while it's still in the car.
Users instantly swap in a freshly-charged battery for one that's depleted - something that could come in handy for rental or car-sharing applications. Additionally, a car with no battery is going to be pretty difficult to steal.
The basic battery-less Birò sells for €7,990 (US$10,626) in European countries other than Italy, where it goes for €6,990. Batteries start at €1,490 ($1,982) for the lead option, although the lithium-ion Re-Move will cost you €3,990 ($5,307) - so the total price for a Re-Move-equipped Birò adds up to €11,980 ($15,934).
Gizmag reports that, "Although the Birò is unheard-of in much of the world, the tiny two-seater has been selling in Italy and other European countries for several years now. It has two brushless 48-volt in-wheel electric motors (in the rear) that take it to a top speed of 45 km/h (28 mph), although its Boost feature allows it to temporarily go faster when needed."
For more readHybrid & Pure Electric Vehicles for Land, Water & Air 2013-2023: Forecasts, Technologies, Players
PrintForwardTweetLikePinredditShare
Previous
Next