2012 3월22일 Dr Harry Zervos
The 4th IDTechEx Energy Harvesting and Storage event will be taking place on the 15th and 16th of May in Berlin, Germany and will cover recent progress and developments in energy harvesting, wireless sensors and related technologies.
The energy harvesting market, estimated at US$700 Million in 2012 according to IDTechEx research published in the "Energy Harvesting and Storage for Electronic Devices 2012-2022" report, will be more than doubling in the next 5 years, eventually reaching US$1.5 Billion by 2017. 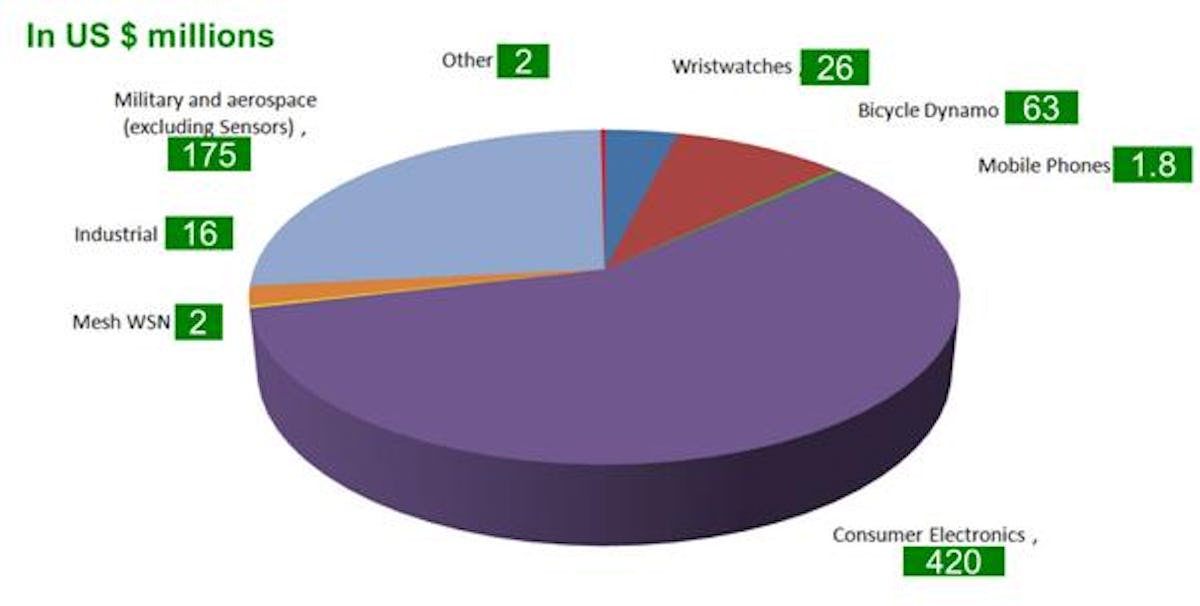 The market for energy harvesting in 2012 Source: IDTechEx report "Energy Harvesting and Storage for Electronic Devices 2012-2022" (www.IDTechEx.com/energy)
The doubling of the market for energy harvesting technologies will be led by the integration of harvesters and wireless sensors in many different verticals and all will be covered at the conference (for a list of speakers and topics visit the conference website www.IDTechEx.com/eh).

Speakers at the event will be discussing technology advances, adoption trends and integration efforts. They will include Mr Roger Hazelden from TRW Conekt who will discuss the use of wireless sensors in the automotive and aerospace industries and their common challenges. Examples include embedded wireless sensors for structural health monitoring of aircraft and sensors for monitoring tyre pressure.
Also presenting in the automotive field is Mr Mark Ellis from Jaguar Land Rover who will discuss thermoelectric generators for vehicles, which can capture waste heat and convert it into electricity for example to improve fuel economy. Thermoelectric generators are not only of interest in the automotive industries though, the aerospace sector has a very obvious interest in these technologies, working towards optimizing fuel efficiency, minimizing weight by utilizing less copper wire, etc. EADS Astrium's Thierry Abensur will talk about powering wireless systems with thermal energy harvesting.

Dr Kai Koenig, working within the corporate research centre of the ABB Group, will present on energy harvesting for the process industry and their efforts to reduce downtime and maximize reliability of a plant's assets. To do this, operators need to know more about the health of a plant's assets and this information is mostly supplied by sensors. Eliminating wiring for these sensors would reduce cost and complexity and therefore energy harvesting is the best solution for powering these sensors.
Integration into the process monitoring space is one of the main fields that ABB is focusing on, and Dr Koenig is also going to be discussing thse company's approach towards achieving a modularity of energy harvesting systems: being able to pick and combine energy harvesters and wireless sensors, depending on the environment, ambient energy source and the specifics of each application. 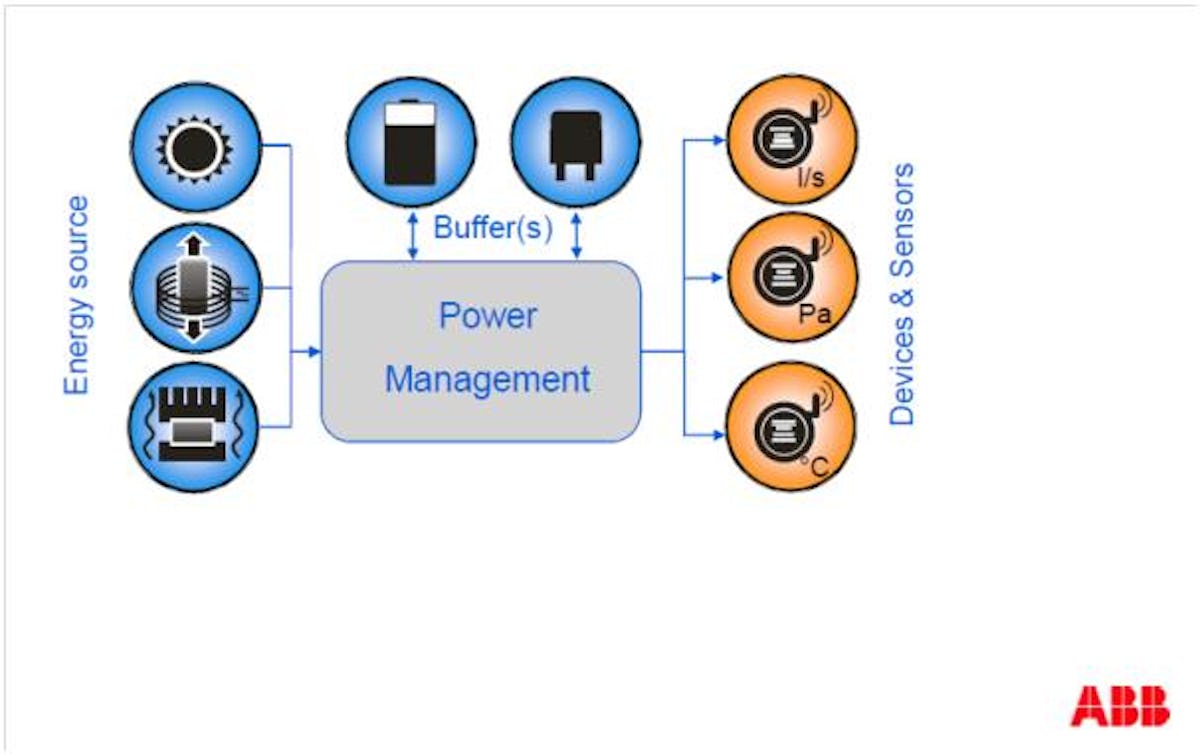 Although there's a lot of interest in integration of energy harvesting in automotive aerospace and industrial automation environments, consumer electronics applications are currently the main market for energy harvesting technologies and will remain so. In the next few years we will also witness a shift from lower cost applications (such as pocket calculators) towards high end electronic products such as mobile phones, laptops and tablets. Nokia's technology manager Mr Matti Maskali will be discussing the company's work on implementing a solar charging pilot programme.
"There's no lack of available solar energy data for permanent installation, but we don't know how much of that energy could be collected in various different mobile use cases. That's why we provided few users from Equator to Arctic with solar-powered devices that included a recorder like an airplane's black box, to log the availability of solar energy in real life." Mr Maskali said and he continued:
"The mission of the Nokia Solar Charging Pilot was to try and answer fundamental questions about how viable and easy it is to charge mobile phones by solely using solar power. It was organized in a way that while we collected the data and learned from it, the experiences were shared on the go and people were able to comment and share their experiences."
For more information on the above topics and to hear updates from NOKIA, BT, EADS, TRW, ABB and Jaguar Land Rover, register at the conference website on www.IDTechEx.com/eh
For more read Energy Harvesting and Storage for Electronic Devices 2011-2021
And attend Energy Harvesting & Storage Europe 15-16 May 2012 Berlin, Germany
PrintForwardTweetLikePinredditShare
Previous
Next