1. Not just generators, coolers too

The thermoelectric effect can be simply described as the conversion of a temperature difference into a voltage (Seebeck effect) and vice versa (Peltier effect). This means that the phenomenon can be used to generate electricity out of a prevailing ambient temperature difference, but it also means that by providing the necessary voltage to a material system that displays thermoelectric properties, we can effectively cool a device, or a component, or the ambient air.
In fact, thermoelectric coolers for electronics are a significant market already, larger than the existing market for thermoelectric generators. IDTechEx research in the report "Thermoelectric Energy Harvesting 2013-2023: Devices, Applications, Opportunities" (www.IDTechEx.com/thermo) suggests that the market for thermoelectric generators could reach over $270 million by 2018. For more information attend IDTechEx's forthcoming event, Energy Harvesting & Storage, on 17th and 18th April in Berlin www.IDTechEx.com/EH.

Radioisotope thermoelectric generators (RTGs) are identical to conventional thermoelectric generators in that an array of thermocouples generates power through taking advantage of the Seebeck effect. The main difference though lies in the fact that the source of the power they generate is the heat released during radioactive decay.
RTGs have been one of the most popular source of power generation in satellites, probes and other types of unmanned space missions, but one of their more unusual type of application was particularly popular back in the 1970s...

Pacemakers are used to stimulate a regular heartbeat when the body's natural electrical pacing system is irregular or not transmitting properly. Over the years, various power sources have been used for pacemakers, including RTG using plutonium-238. As of 2004, there were still 90 nuclear powered pacemakers still in use in the USA, which need to be disposed of properly upon removal. 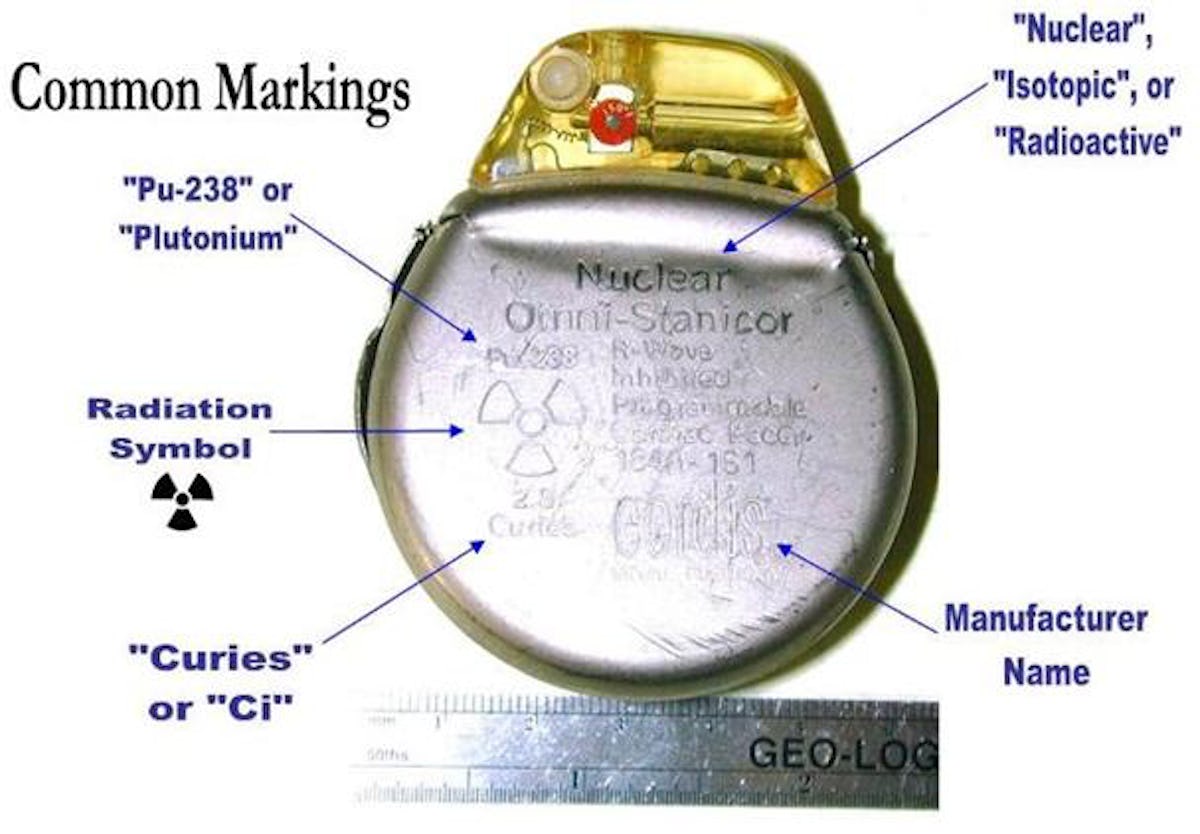 4. Thin film vs bulk thermoelectrics: A trade off

Thin film thermoelectrics are typically 5 µm to 20 µm thick, versus 200 µm for the thinnest pellets used in bulk thermoelectrics, resulting in several differences. Heat flux for example is inversely proportional to the thickness of the thermoelectric material and thus, can be more than 20 times greater than in bulk thermoelectrics, resulting in higher efficiency devices, whether they are being used as coolers or as generators. It's important to bear in mind though that the thin form factor makes it harder to maintain a large temperature difference between the two sides of the array of thermocouples.

Although we have already seen mobile phone concepts and even cooking pots utilising thermoelectric energy harvesting, thermoelectric radiator valves are currently becoming very popular, with the temperature difference between a radiator and the ambient air being the source for the generated power. Honeywell, Moeller, Kieback&Peter, Tahydronics are some of the companies that already have such products available on the market. Thin film thermoelectrics company Micropelt is also developing its own version of the device. The type of application that was right in front of you all along, wouldn't you think? 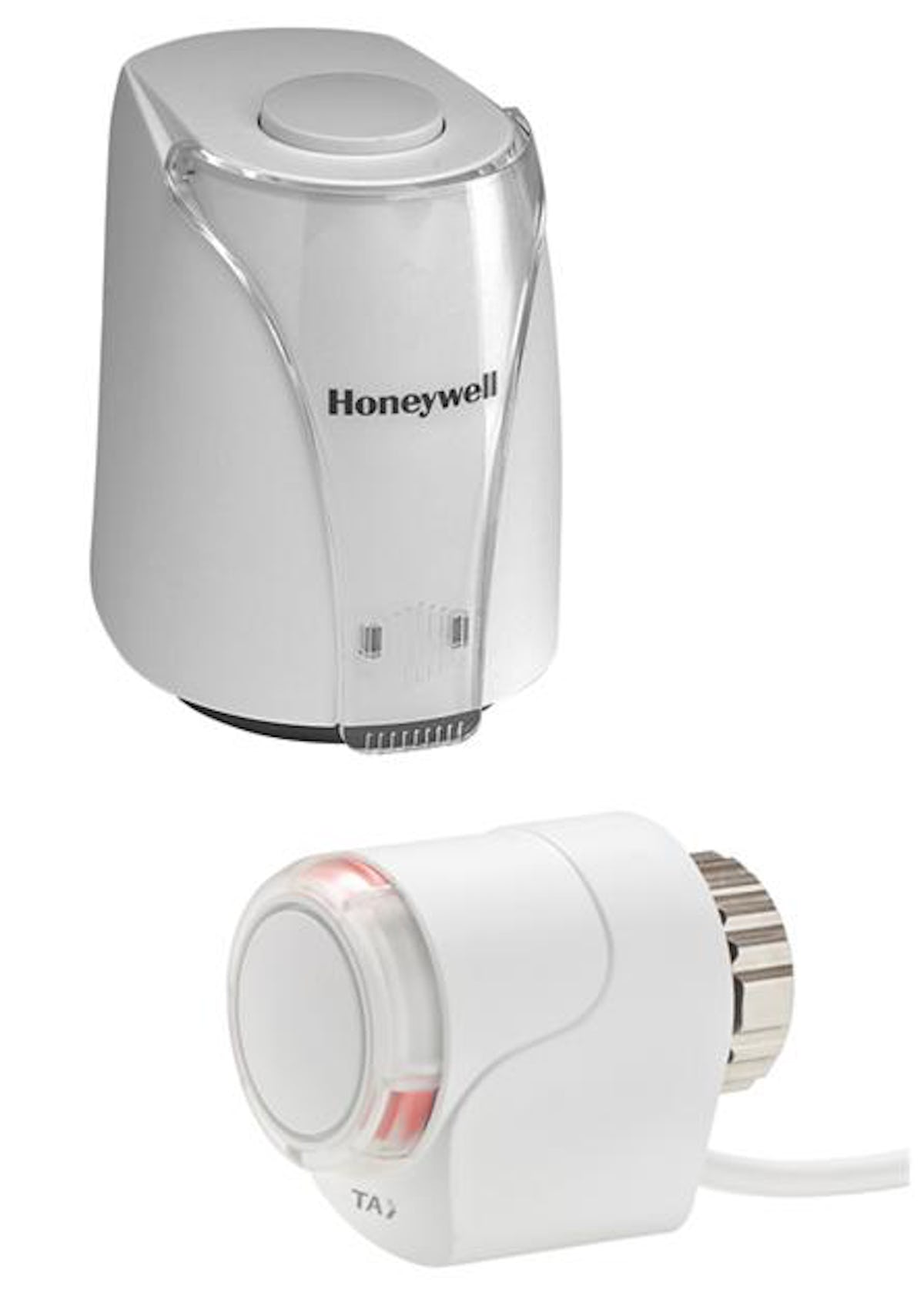 Honeywell and Tahydronics thermoelectric radiator valves.
For more information on the topic of thermoelectrics and how they can be used in energy harvesting applications, attend Energy Harvesting and Storage in Berlin, Germany, on the 17th and 18th of April 2013. More details on the event, time tables, and full agenda of speakers and presentations can be found at: www.IDTechEx.com/EH
For more read Energy Harvesting and Storage for Electronic Devices 2012-2022
And attend Energy Harvesting & Storage Europe 17-18 April 2013, Berlin, Germany
PrintForwardTweetLikePinredditShare
Previous
Next