The primary factors creating this growth will be Real Time Location Systems (RTLS), and ubiquitous RFID sensor systems (mainly disposable), including ones in the form of Smart Active Labels (SALs). Conventional active RFID used where passive solutions are inadequate and RFID modules for mobile phones will make up the rest. The rapid growth of the active RFID market is being driven by such factors as:

In 2007, 63.9% of the spend on active RFID will be on the system (reader, network, installation, software) as opposed to the tags. As the number of tags per application increases, this changes so that by 2017 the spend on everything other than tags is 57.3%. Companies involved know that this is not like the highest volume uses of passive RFID tags where disposable labels are usually involved and the label cost can be 50% of the total cost. Most active RFID (such as RTLS) is more of a systems business.

Recently, the investment community has taken even more interest in active RFID. Of 27 recent fund raisings by RFID companies studied by IDTechEx, 37% of the companies involved are in active RFID. 22% are in the particularly popular RTLS sector. Recent acquisitions also favour active RFID companies. Indeed the largest exit, for hundreds of millions of dollars, was a company selling active RFID systems - Savi Technology sold to Lockheed Martin in 2006.

With over 100 companies now involved in some part of the active RFID value chain, and considerable government financing of research on low cost active RFID, unit prices will strongly erode, creating a strong growth in numbers sold. The price erosion will be more rapid in some years as new technologies come into play such as new microbatteries and printed logic.
Throughout the next ten years, RTLS will dominate the spend on tags but this will consist of many small orders. Mobile phone / cell phone modules will see considerable price erosion as they are increasingly incorporated into the phone circuitry and volumes increase - already NTTDoCoMo have shipped over 29 million cellphones with RFID modules. We see active RFID as intimately involved with many short range radio systems and interfaces, including passive RFID.

In our analysis of 75 active RFID case studies from 18 countries, the largest number of projects has been in Logistics with around double the number for each of the nearest contenders - Air Industry, Automotive/Transportation and Healthcare. Added to those as important sectors will be such things as safety of constructions and people monitoring. Meanwhile, RTLS is being put in about 50 hospitals yearly, for staff, patients and assets. In the case studies, the items that are tagged were mainly containers, followed by vehicles, conveyances and people.
Applications of Active RFID by market vertical 2007-2017 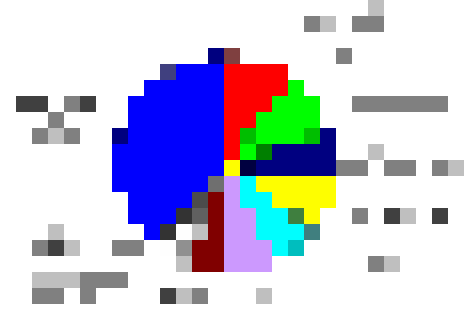 Source IDTechEx "Active RFID and Sensor Networks 2007-2017" www.idtechex.com/activeRFID
The IDTechEx report Active RFID and Sensor Networks 2007-2017(www.idtechex.com/activeRFID) comprehensively analyses the technologies, players and markets with detailed ten year forecasts provided, including tag numbers, unit prices and interrogator numbers and prices. Details of 75 active RFID implementations are given along with over 100 suppliers and full technology analysis - from printed batteries to WiFi RFID to UWB tags. We have constructed ten year forecasts usefully segmented by frequency, application, territory, etc, and illustrated by dozens of tables and figures. The active RFID market will grow to over 11 times its present size by 2017, so whether a user or supplier, you need to keep up with this under-reported subject or get left behind.
To learn more, attend the Active RFID & RTLS Summit in Dallas, USA on December 5-6. See www.idtechex.com/active for details.
PrintForwardTweetLikePinredditShare
Previous
Next