Dec 03, 2012
The market for electric vehicle inverters, including converters, for both hybrid and pure electric vehicles land, water and air, will grow to $18 billion in 2023 as forecasted in the new IDTechEx report Inverters for Electric Vehicles 2013-2023. The demand for inverters and electric power conversions is already well established in the automation and industrial control industries which are also growing at considerable pace. Therefore, the addition of a significant complimentary emerging market will create new sectors for existing inverter and power electronic component suppliers as well as create opportunities for new players, particularly those with specialist electric vehicle knowledge and those able to develop added value through highly integrated electric powertrain systems.
This report will be a great benefit for industrialists, investors, market researchers and others interested in the huge expanding electric vehicle market for power electronics technology. It will also provide an essential guide to those studying or involved in the supply of associated technology and to support industrial and government initiatives. The report is suitable for the non-technical reader, but has sufficient detail to inform those readers requiring more subject depth.
For sheer volumes, inverters in light electric vehicles such as electric bicycles dominate now and will remain so by 2023, with these being largely in Asia, meeting everyday personal transportation needs in large industrial cities. However, by 2023 inverters and converters in passenger vehicles will be dominant by market value as high volume production is established and cost of ownership and range anxiety are reduced. The wide range in power and performance requirements, from small low voltage inverters used in electric scooters to large high power inverters used in hybrid and electric trucks, buses and military vehicles, creates a huge emerging market space and set of market requirements and thus an opportunity for large number of suppliers of electric vehicle power electronic systems and components to supply demand, and no real possibility of dominance by one provider.
Figure 1. Phoenix Drives - a family of inverters designed especially for heavy-duty hybrid electric vehicles. 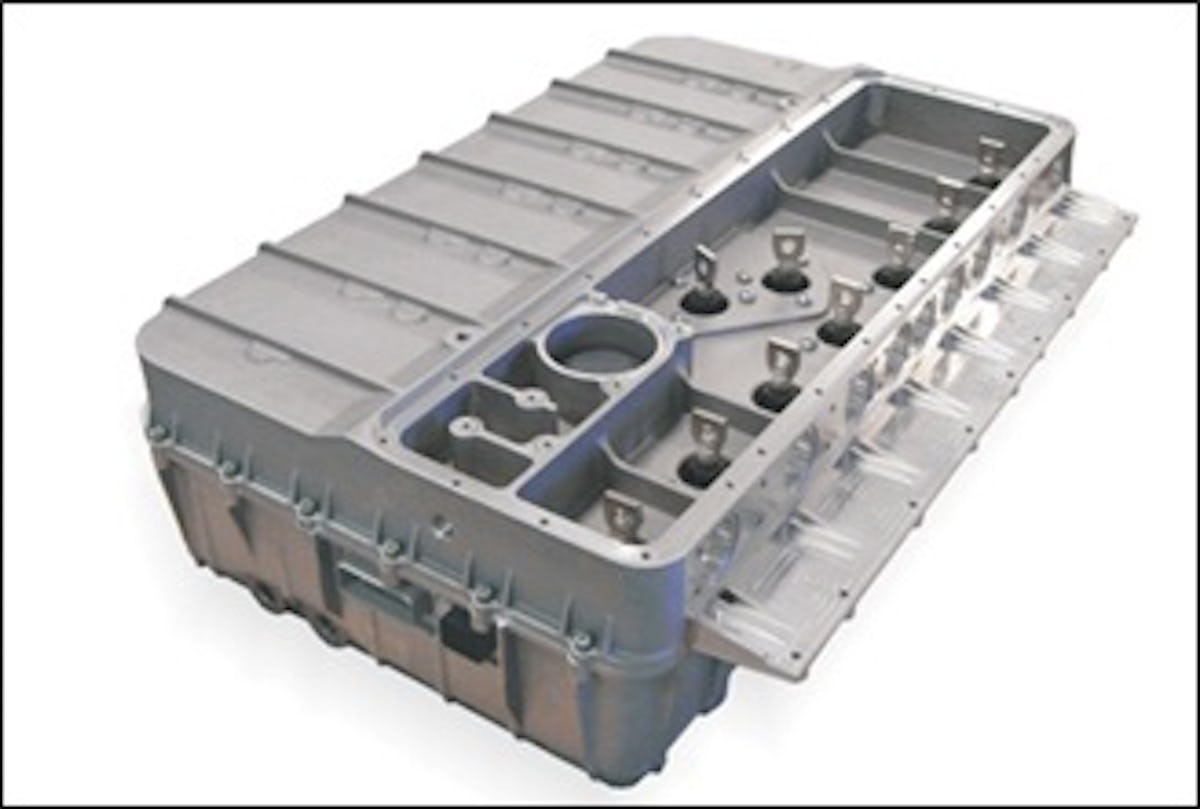 Source: Phoenix International
The user-demand for greater all electric range will push inverter and converter designers to optimise overall system efficiency. This, together with the requirement to reduce overall package size and system cost will result in the adoption of new materials and control algorithms and undoubtedly require a move towards higher levels of system integration.
Advances in inverter design for electric vehicles are driven by several key technologies, including power device materials, power capacitors and cooling technologies. These will assist in the realisation of step changes in performance, size and reliability over the next decade with materials such as Silicon Carbide and Gallium Nitride among the most notable. These are unlikely to be in commercial high volume electric vehicle applications until much later in the decade due to issues around packaging and reliability. However, the benefits they offer indicate that they will be the most likely devices of choice by 2023. This report details state of the art in inverter design and highlights these technology trends.
The improving performance enjoyed by electric powertrains is often also considered a potential danger as faults in any part of the system can result in near instantaneous torques being developed at the vehicle wheels, which can result in unsafe conditions unless properly considered. Therefore, functional safety is becoming an increasing important and often mandatory requirement for electric powertrain systems and must be considered at early product design and component selection stages, frequently resulting in fault tolerant and dual redundancy designs.
Together with the other IDTechEx reports in the electric vehicle sector, this report provides a comprehensive state of the art review and 10 year market and technology forecast for all aspects of electric vehicle technology. It forms part of the IDTechEx report series on hybrid and pure-electric vehicles and their key components and systems - the largest in the world with forecasts. For more information on the inverters report please visit www.IDTechEx.com/inverters, or to see all IDTechEx reports on electric vehicles visit www.IDTechEx.com/research/ev.
Article by:
Dr Gerry Boast, Anglo EV
PrintForwardTweetLikePinredditShare
Previous
Next