May 31, 2016 Dr Peter Harrop
The arguments for flying cars are style, convenience and cost saving; the stuff of fiction for 100 years. Park a car and a plane together in your garage. If it converts automatically between modes you have the convenience of not getting to out fly through the airport. Vertical takeoff would mean no airport. However, pure electric cars and aircraft currently have very large, heavy batteries. Even with these, range is mostly only around 1-200 miles if the vehicle is affordable. Put them together and performance is worse.

As flying car developer Terrafugia said at a recent event, "for flying cars, there is conflict". Its own compromise is a hybrid sacrificing silence and day/night operation for range. Cruising speed will be 200 mph (322 km/h), along with a 500-mile (805 km) flight range. Two electric motors with two rotors allow the TF-X to move from a vertical to a horizontal position, and will be powered by a 300 horsepower engine. Thrust will be provided by a ducted fan.
Terrafugia says its aim is to provide "true door-to-door transportation" with the vehicle capable of being parked in a home garage like an ordinary car. The planned four-person TF-X will be semi-autonomous and use computer-controls so that passengers can simply type in a destination before taking off.
"The TF-X operator will have final say over whether an approved landing zone is actually a safe place in which to land, and they may abort the landing attempt at any time," the company says. For runway take-off, there are 5000 private airports in the US alone that are only 10% utilised but parking of cars and aircraft is easy with most of them so you can have an optimal aircraft and cars separately. No need for a flying car?
Below we show Terrafugia concepts. 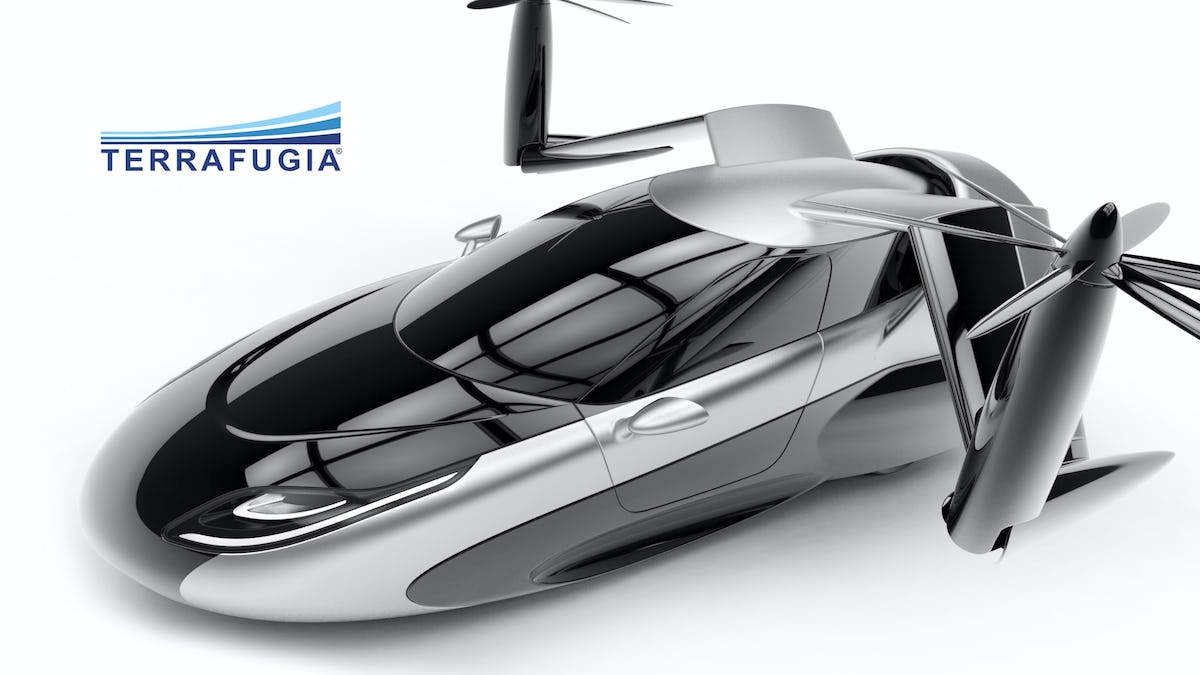 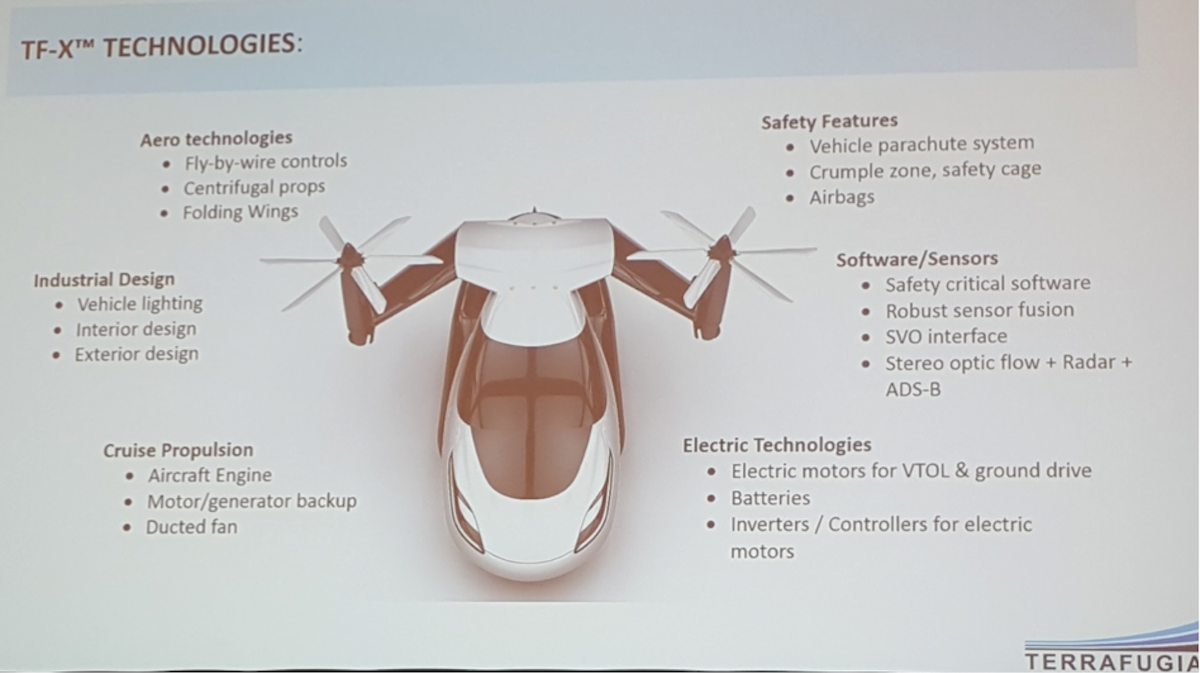 Only single seat is viable?

Dezso Molnar in the USA is negative about all this. He redefines the problem in terms of a single person aircraft. He has two designs as he prepares to launch the world's first flying car race series. His Street Wing concept is a fully electric, solar-supported streetable airplane that needs a runway. Solar wings and possibly a propeller that reverse in a wind when the plane is parked are intended to provide independent charging where there is no electricity, not to increase range. It does not appear to fit in a garage or car parking space.
Secondly he has the G2 Gyrocycle, a race-focused, 200 mph three-wheel motorcycle rather than a car: it is already travelling on the street, and nearly ready to double as a gyrocopter when needed, thanks to folding blades but it is not a car.
Street Wing with wings that fold in for road travel. 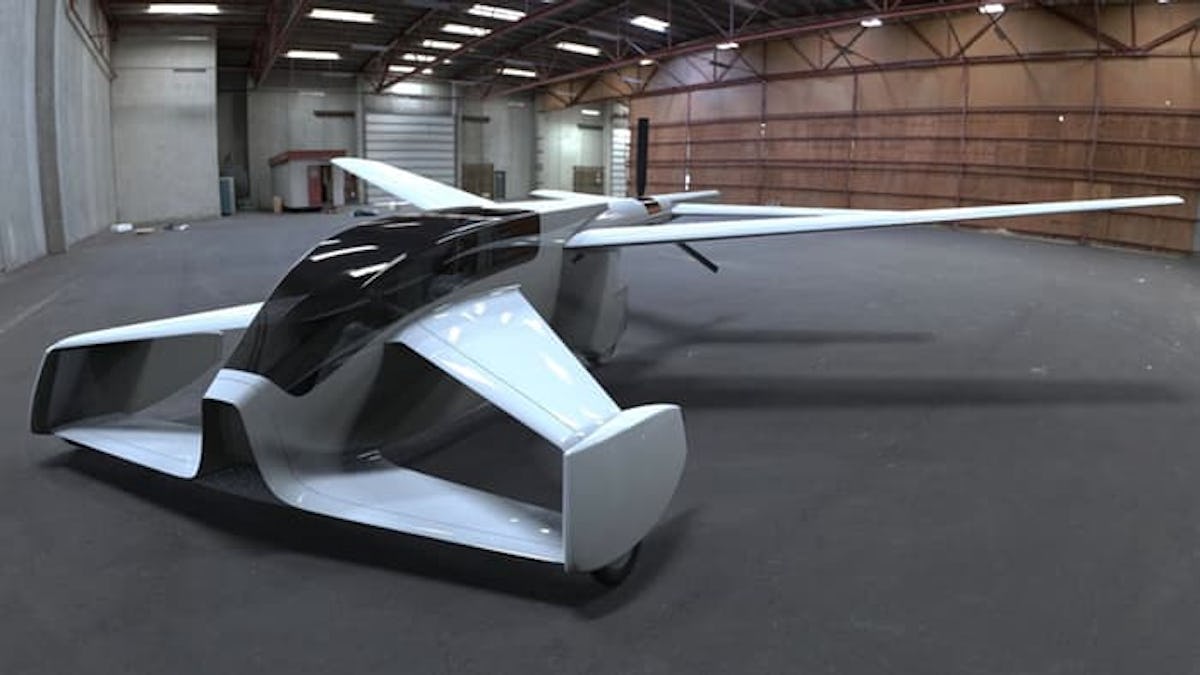 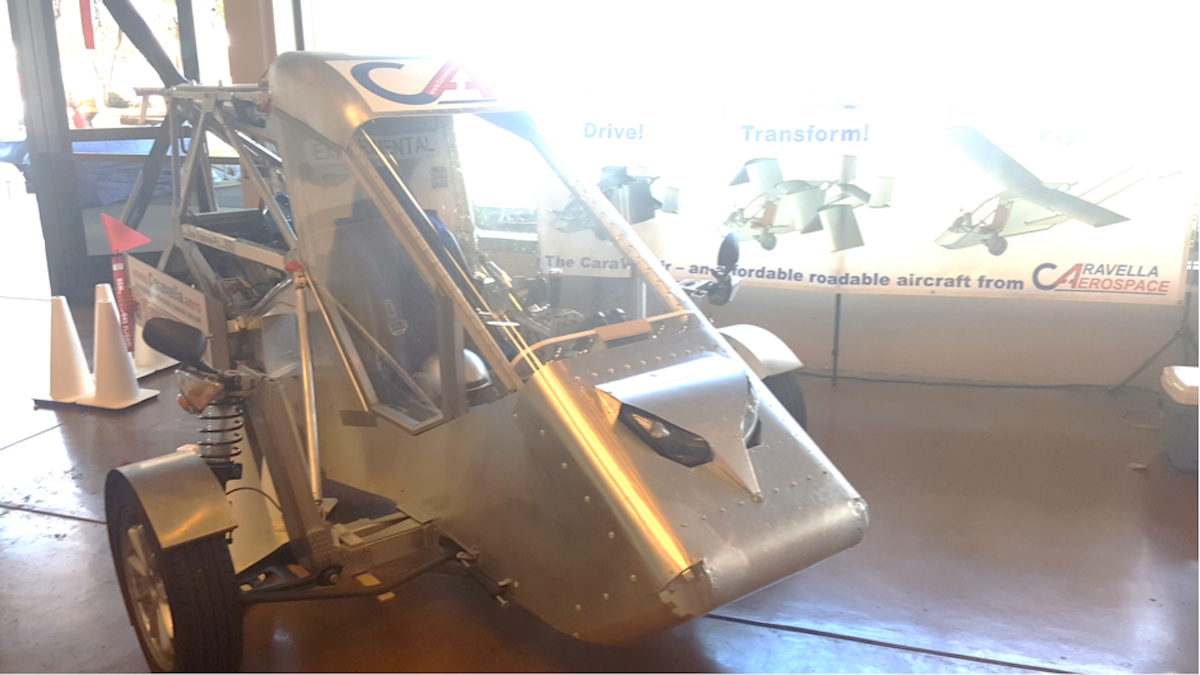