Sep 25, 2014 Dr Harry Zervos
EnOcean is by now almost synonymous to energy harvesting. It remains the leading company in raising awareness, developing and integrating energy harvesting technology, creating a product ecosystem and supporting it with relevant standards, all in an effort to achieve further proliferation of key solutions in the market segments it addresses. Building and industrial automation have been the first sectors to significantly take up such solutions, but widespread adoption depends on even more verticals getting on board with what harvesters have to offer.

According to the IDTechEx report on energy harvesting, "Energy Harvesting and Storage 2014-2024: Forecasts, Technologies, Players" (www.idtechex.com/energy), consumer electronic applications are the biggest segment of the market for energy harvesters but that's relatively misleading: the consumer electronics market volume is still based on old, low-value and not particularly innovative applications such as solar calculators and lighters.
When it comes to supporting volume explosion, the consumer electronics sector still remains a key market. Solar panels on phones were a small effort that quickly turned out to be premature; power requirements of the ever hungrier cell phones that became smart made solar panel power output inadequate, what with all the additional functionalities and the limited space of a modern handset. Some companies are still looking to integrate harvesters (mostly solar cells on portable electronics but until power output reaches a stable, constant 30-50 mW at least (not dependent on whether it's day or not, hot or cold, moving or stationary), the opportunity remains limited.

So, if not on phones, where then? The marriage of homes getting smarter due to the IoT and consumer electronics connecting to smart homes might provide an answer to that question and a potential route to market that companies like Philips and EnOcean are currently exploring.
The Philips Hue device is now available in apple stores, at $199.95 for a starter pack, and much in the same way as Apple's support for NFC by its incorporation in the new iPhones, IDTechEx believes the move is expected to lead to increased proliferation. 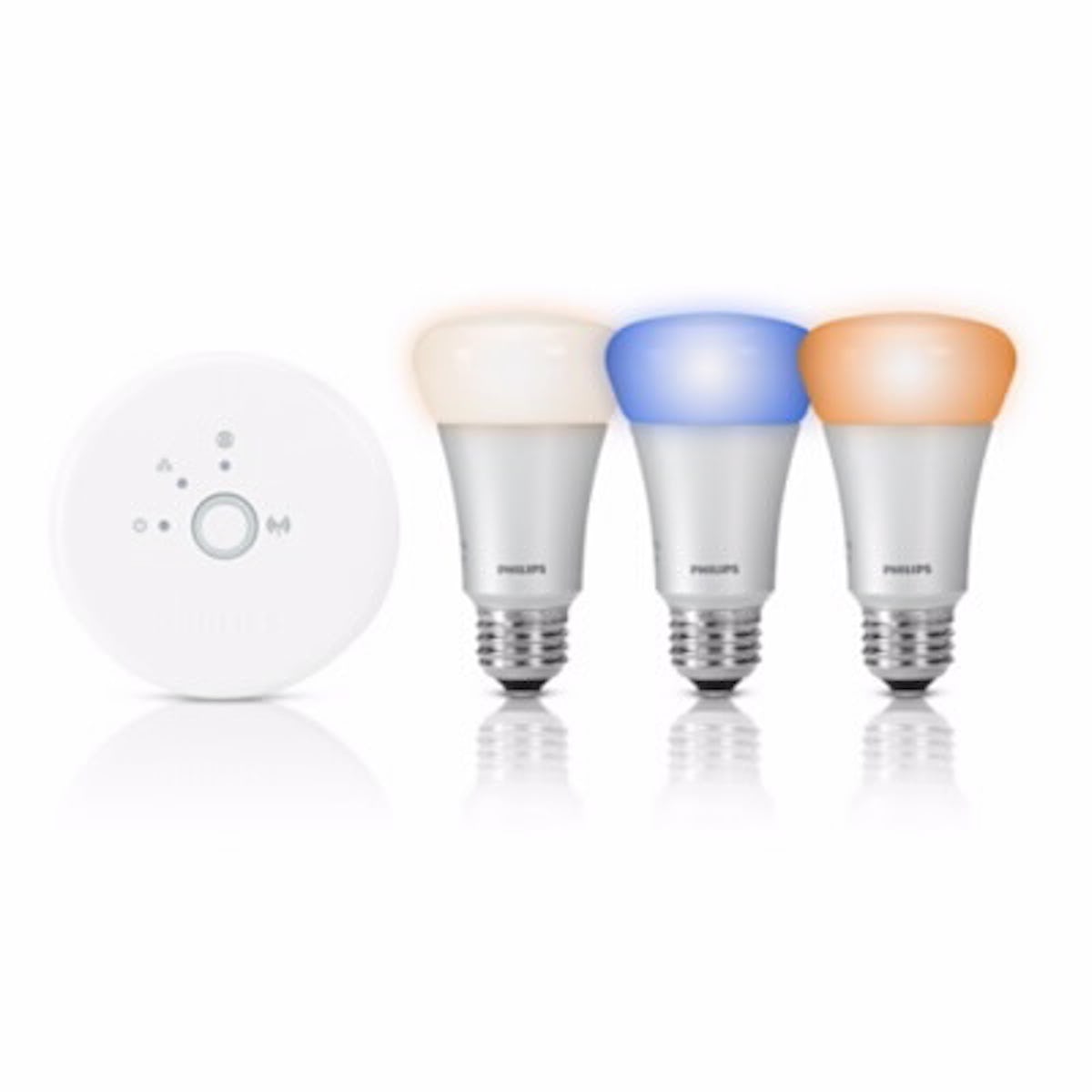 The Philips Hue starter pack, now available at Apple stores.
IDTechEx spoke to Graham Martin, chairman and CEO of the EnOcean Alliance, who revealed that the Philips Hue solution contains EnOcean technology but uses the ZigBee Green Power rather than the EnOcean protocol for communications. In fact, again according to IDTechEx analysts, such agility when it comes to communication protocols will help further growth, as it leads to an interoperability approach rather than arguments over which standard is best. Graham Martin hopes that making energy harvesting operated products available by Apple "... will lead not to hundreds or thousands of switches being deployed at a time, like in the case of building automation, but hundreds of thousands just to equip Apple stores".
Alongside these, climate control systems that incorporate energy harvesting powered temperature sensors, energy harvesting powered actuators such as radiator valves, etc., are also seeing a slow but steady growth. These can now be controlled via smart phones, by sending information/commands through the cloud and are slowly becoming less dependent on batteries as time goes by.
Overall, the opportunity for energy harvesting will reach $2.6 Billion in the next decade according to IDTechEx research, with this year and next seemingly being key in starting the wave of increased product commercialization and volume growth.
For more information on key integrators, early adopters, technology developers and potential end users, don't miss Energy Harvesting and Storage USA 19-20 November 2014, Santa Clara, USA. Contact Corinne Jennings Event Director on c.jennings@IDTechEx.com for details.
PrintForwardTweetLikePinredditShare
Previous
Next