May 24, 2013 Dr Peter Harrop
Virtually all autonomous underwater vehicles are electric for practical reasons - the internal combustion engine ICE is not a realistic option. Not so on the surface, where the ICE is the favoured means of propulsion. However, even here, there is now a strong move to hybrid and pure-electric drivetrains for many powerful reasons, so it is timely to look at marine electric vehicles in general. This article shares some of the research carried out for the new IDTechEx Research report, Electric Boats, Small Submarines and Autonomous Underwater Vehicles (AUV) 2013-2023.
Rapidly growing market
The rapidly growing $2.6 billion market for marine electric vehicles (EVs) will reach $6.3 billion in 2023. It is unusually varied with average unit prices increasing as larger craft are electrified to improve cost over life, performance, green credentials and for other reasons. The market includes on-water and underwater electric vehicles for inland waterways and the sea. Military electric craft are the largest market sector by value today but e-workboats and other, smaller market subsectors will increase their share of market by value through the coming decade.
Figure 1. Marine electric vehicles market by type of craft in 2013. 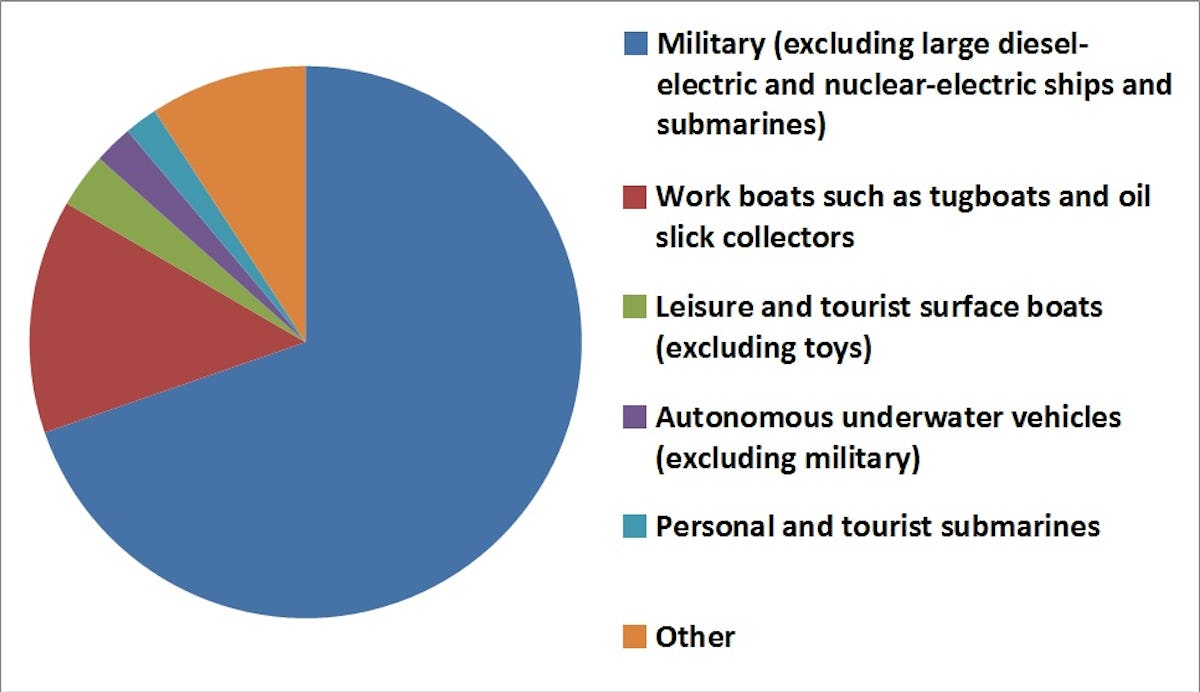