Dec 17, 2014 James Hayward
On Monday 15th December, IDTechEx attended the event 'Smartly Dressed - the Future of Wearable Tech'. At this event, Samsung presented their 5 new wearable product offerings from 2014.
In particular, they presented their newest product, the Gear VR, which was released in the US on December 8th, and is due in Europe in the beginning of 2015. It is a VR headset that uses a Galaxy Note 4 as the display. The project is the result of a close collaboration with Oculus VR, with their contribution visible in the lens and casing design, app development and, importantly, the logo on the side of the headset.
The Gear VR is a $200 bulky plastic headset with a USB-connectable smartphone compartment in the front, two lenses and sensors (the expected 9-axis accelerometer/magnetometer/gyroscope and a proximity sensor). The headset size is due to the large phone, but allows incorporation of lens focal lengths. The casing functionality is minimalist due to weight and cost implications. They also currently have no intention to integrate headphones for audio, referring us instead to their new wireless headphones offerings.
Post-collaboration, the result is understandably comparable to the Oculus Rift. The differences are in outsourcing the display to the smartphone, incorporation of fewer sensors, different software platforms, wireless use and the price ($150 lower than Oculus' developer pack). The most similar products to the Gear VR are along the lines Google Cardboard, which has now been shipped to half a million customers at a price of around $25. 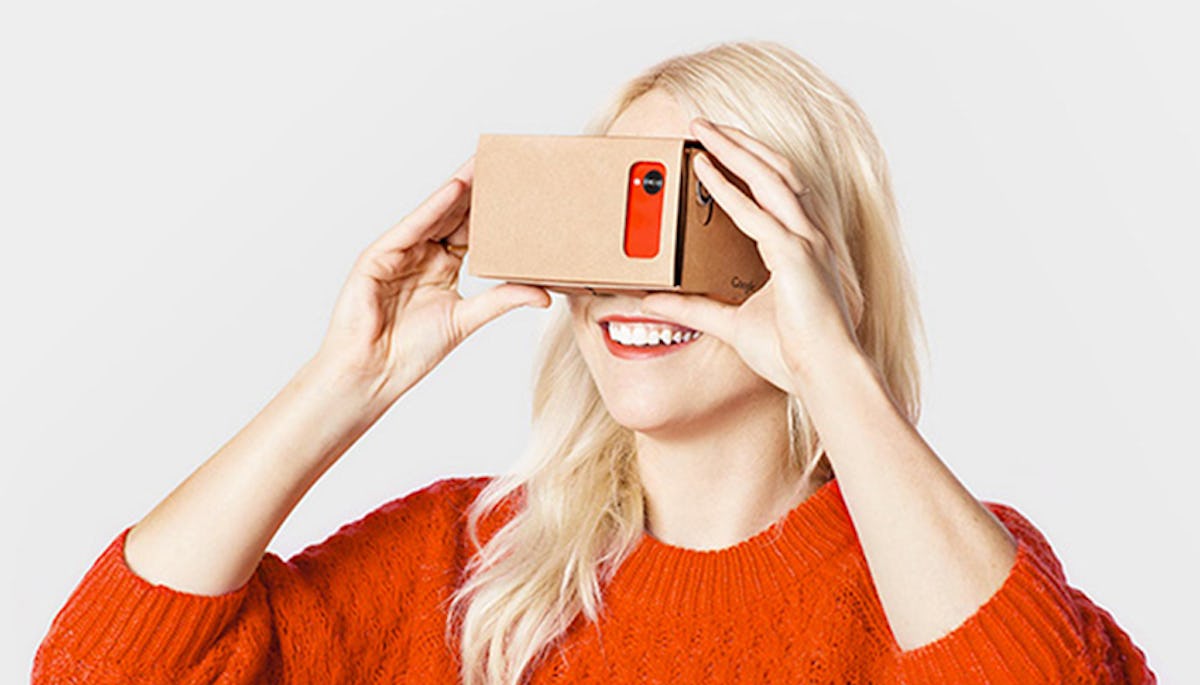