Dec 19, 2014 Dr Jonathan Harrop
3D printing has come of age; the total market surpassed $1bn in revenues during 2012 and growth is expected to continue throughout all target sectors to reach $20bn by 2025. Across the board printer manufacturers are reporting a surge in sales, some cannot meet demand, as awareness of the technologies and what they offer grows.
The trillion dollar oil and gas industry is the emerging user of 3D printing with the highest forecast growth followed by the more established aerospace industry. When significant penetration has occurred into the above markets, 3D printing in these big industries will lock into the capital expenditure cycles associated with them, and, as is the case for other CNC machines, periodic fluctuations in sales will occur as discussed in the new report from IDTechEx 3D Printing 2015-2025: Technologies, Markets, Players.
A unique selling point
3D printing opens up the opportunity for the introduction of cheap complexity into manufacturing. Structures can be printed that either could not be manufactured via alternative means or would have been prohibitively expensive to do so.
Avenues for cost effective mass customisation now exist, a fact that has not been missed in the medical fields who are increasingly adopting 3D printing for the manufacture of prosthetics and orthopaedic implants which are optimized to a particular patient through CT or MRI scan data.
Swedish Arcam AB claim that more than 30,000 implants have been generated via its electron beam melting technology which now has both CE-certification and, more recently, has been FDA-cleared.
The generation of customized implants derived from CT or MRI scans is not a novel concept and a number of medical device companies worldwide have been using CNC milling machines for many years. However, 3D printers are capable of generating far more complex and intricate structures, allowing for more sophisticated implants and surgical equipment.
Potential for low-volume high-value manufacturing also exists in the aerospace industry, and air ducts, for example, have been 3D printed in engineering thermoplastics for years. Qualification of processes and materials remains an issue in this field, particularly for metals, as does the limited size of monolithic components that can currently be printed.
Price
Price remains an issue at the high end of the market, with several users reporting that prices of these printers have not moved significantly, in contrast to the low to mid-range printers. Printers that used to cost $1m still cost $1m.
Historically most 3D printer manufacturers exclusively sold the materials consumed by their printers, a practice known as vendor lock-in that is commonly seen in 2D inkjet and laser printers. However, an alternative business model where end-users are free to buy consumables from any supplier, which we call the free market value chain, has been steadily growing. Driven primarily by the expiration of key patents, this free market has allowed the prices of both printers and materials to fall. However, innovative technologies that maintain clear key differentiators, particularly while they are still protected by core patents, will continue to permit vendor lock-in.
Materials prices also remain at a premium with many 3D printer manufacturers reporting that their materials are optimized to their machines, effectively reducing competition. Prices for a kilogram of titanium powder for 3D printing have been reported as high as $700 whereas a kilogram of titanium comes closer to $20.
Mapping the landscape of 3D printers
Huge growth in the number of 3D printer manufacturers and printers on offer has made a wealth of information available. In order to digest this information we have applied techniques from machine learning. 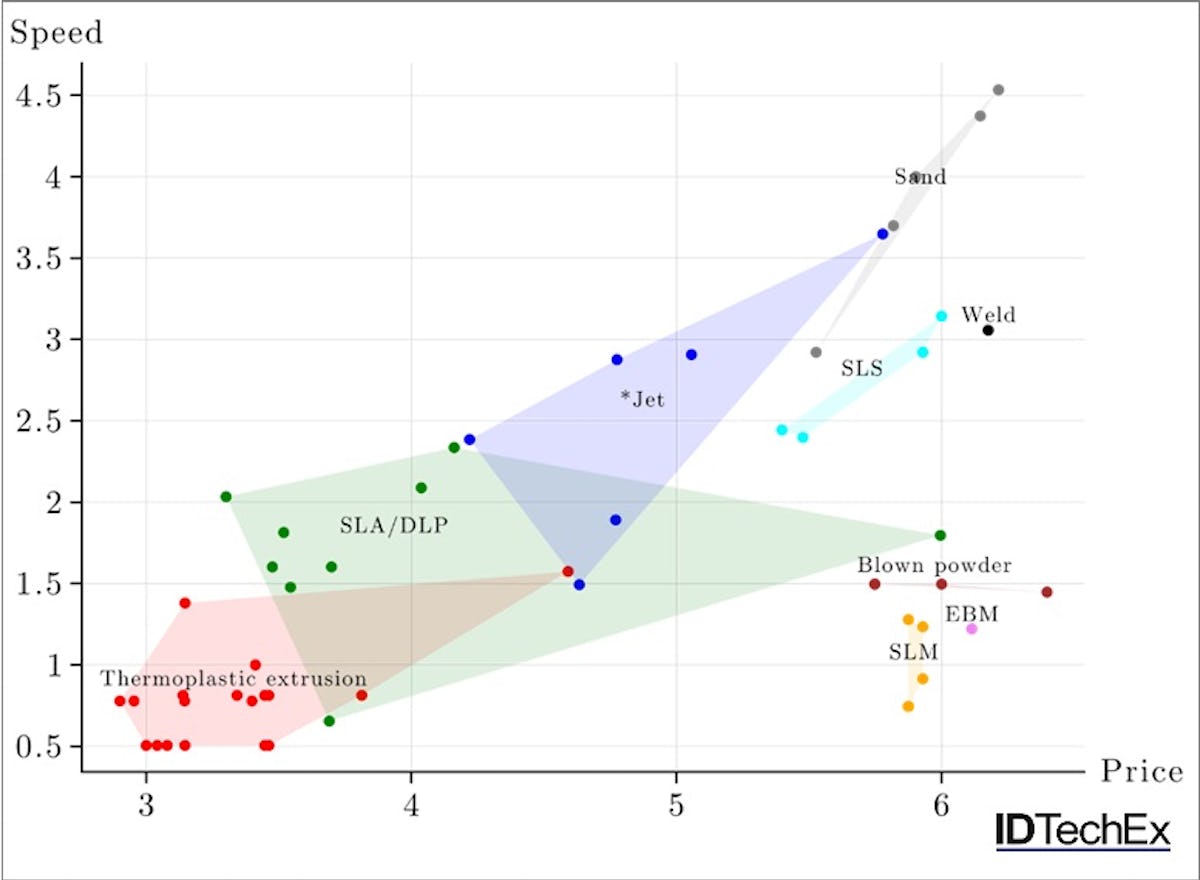 Figure 1: Regions of the price vs speed plane occupied by different printing technologies.
Source: IDTechEx
For example, Figure 1 shows the regions of price and speed offered by different 3D printing technologies. The lowest price technology, thermoplastic extrusion, also offers the slowest print speeds. Other plastic printing technologies, SLA/DLP, jetting and SLS offer increasing speed with increasing price and cost up to $106. In contrast, the major metal 3D printing technologies (SLM, EBM, blown powder and welding) all cost around $106 and speed varies with technology type rather than price.
Geographic breakdown
The market for 3D printers is already strong in the USA and Europe. Asia has been weak but is now catching up thanks to initiatives like the government-led TRAFAM in Japan that recently secured $100m funding. 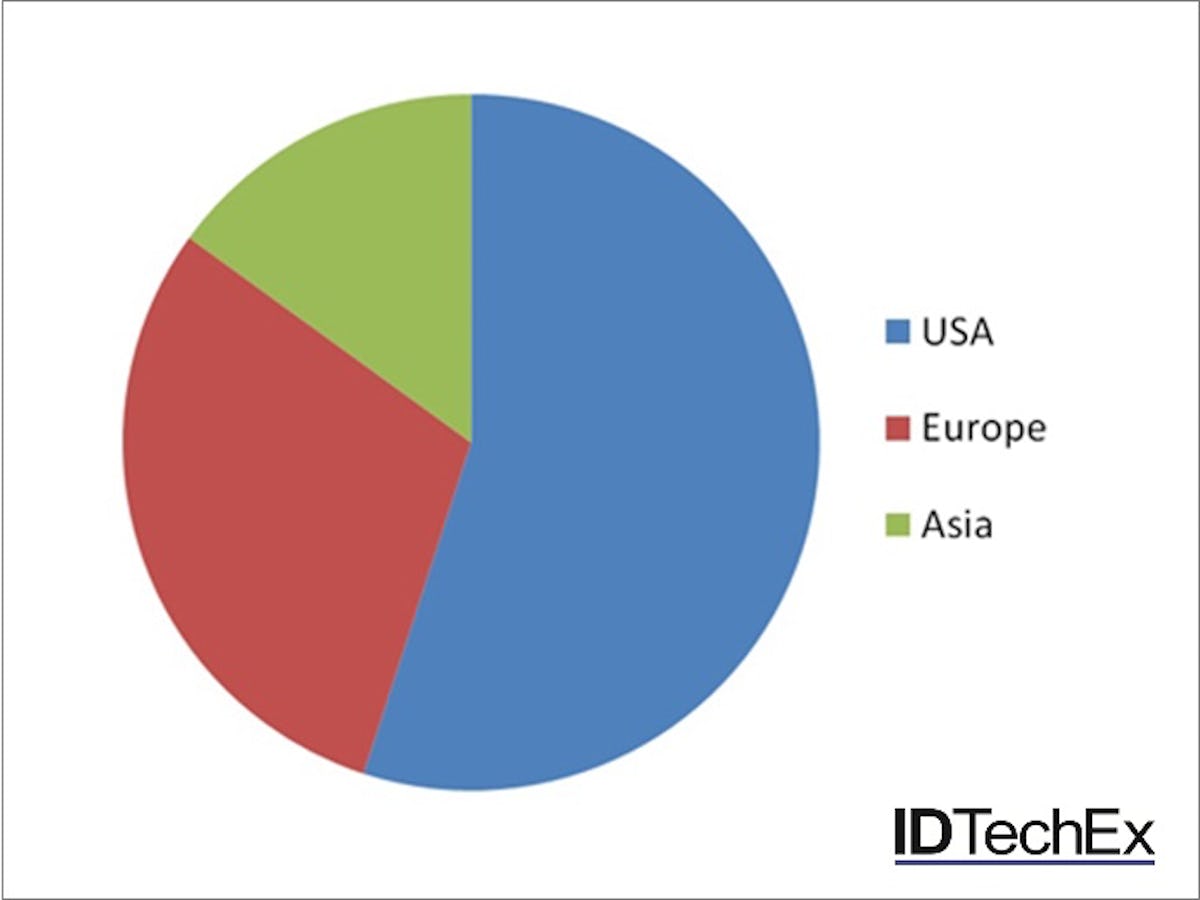 Figure 2: Revenue breakdown by region, 2013.
Source: IDTechEx
China has not yet seen much commercial activity in 3D printing, although academic centers have been rigorously publishing in the academic journals on the subject. Revenues for exports of Chinese printer manufacturers remain far in excess of their domestic sales.
New research report
3D Printing 2015-2025: Technologies, Markets, Players will give the reader a broad and yet detailed overview of 3D printing and knowledge of the key organisations engaged in relevant industrial R&D or academic research. Insights into end-user requirements and perspectives will also be gained together with the challenges ahead for 3D printing. Detailed market data and forecast are provided from 2014 through to 2025.
A 3rd industrial revolution is unlikely, but an industrial renovation is certainly on the cards.
For full details of see www.IDTechEx.com/3D.
About IDTechEx
IDTechEx guides your strategic business decisions through its Research and Events services, helping you profit from emerging technologies. We provide independent research, business intelligence and advice to companies across the value chain based on our core research activities and methodologies providing data sought by business leaders, strategists and emerging technology scouts to aid their business decisions.
Learn more at www.IDTechEx.com

and to discuss your needs please contact us on research@IDTechEx.com.
PrintForwardTweetLikePinredditShare
Previous
Next