RFID for Animals, Food and Farming - the Largest Market of All

RFID for Animals, Food and Farming - the Largest Market of All

Oct 19, 2007 Dr Peter Harrop
RFID for Animals, Food and Farming will become the largest RFID market of all because it will benefit the food supply chain in a huge number of ways including livestock disease control and merchandising prepared food. This $9.4 billion market in 2017 for RFID systems and tags will also be based on rapid paybacks from improved traceability, condition monitoring, crime reduction and error prevention (for example as currently used in milk storage in New Zealand). It will be powered by such innovations as RFID tags that do not contain a silicon chip and are therefore one tenth of the cost and Real Time Locating Systems RTLS - a form of active RFID - that is increasingly affordable for asset control and other uses. There are new advances in signal handling and readers at the favourite frequency HF that increase range by 50-400%. However, there is temporary disappointment at some consumer goods and RFID suppliers that cannot persuade certain retailers to share the considerable financial benefits of today's UHF tagging of pallets and cases and some who suffer technical problems with this approach.
These technologies, solutions and markets are analysed in detail in the new IDTechEx report RFID for Animals, Food and Farming 2007-2017. This report will be invaluable to those in the food and farming industry, the logistics and other companies serving these industries and, of course, in the RFID industry. It includes detailed ten year forecasts for 2007-2017 by sector, tag and system and a large number of case studies to bring the subject alive and illustrate best practice. There are lessons from Australia to Canada. They range from error prevention in logistics of pistachio nuts in California to ostrich farming in South Africa, the tagging of ham in retailers in Spain and the tracing of food in China. Then there is use of RFID cards to buy Coca-Cola in Japan and manage Starbucks deliveries in the USA, even the tagging of fish in Canada and trees in Germany. Readers will see many opportunities to cross fertilise these ideas.
The report takes a balanced view of some changes of course in the industry. For example, it explains the Electronic Product Code EPC but also discusses the concern of many in East Asia that the EPCglobal organisation and product specifications are too expensive for management of the food supply chain and the resulting emergence of the locally managed Universal Product Code and specifications now being trialled by governments in seven East Asian countries.
In this report we see how various countries have led in aspects of food and animal RFID such as Botswana, Uruguay and Australia in cattle tagging laws. However, China is particularly important for the future. It is interesting that the number of pigs in just the Sichuan province of China is more than the number in the whole of the USA, with 1.2 billion pigs being eaten in China every year. However, an outbreak of pig disease in Sichuan in 2005 caused direct losses of $1.5 billion and indirect losses of $1.25 billion. In mid 2006, in the first pilot stage, HF ear tags were fitted on 10,000 live pigs in Qionglai city. They were much cheaper than the LF tags standard in the rest of the world for this purpose.
The number of chickens in China is more than the number in the rest of the world put together. We give full statistics. China is deeply concerned about disease control, given the unusual proximity of these animals to humans and their importance in feeding Chinese citizens. China is also very keen to grow an indigenous RFID industry, something already well progressed by orders placed by the Chinese government exclusively to Chinese suppliers. Indeed, thanks to the $6 billion National Identification card scheme peaking in deliveries in 2007, China is now the world's largest market for RFID by value. As the ID scheme slips down into just deliveries of cards for new adults, animal tagging will be a good candidate for keeping the new Chinese RFID industry busy, but there will also be other card and label schemes and exports. Tagging of 100 million pet dogs may become a legal requirement, as it is in New Zealand, following recent legislation. But this is only a glimpse at a small part of what is happening.
IDTechEx calculates that the largest expenditure will be dedicated to the systems but the tag value is also of significance to putative suppliers. In 2012, over $1.4 billion will be spent on tags for food and the other sectors will have the following characteristics.
Tag expenditure on animal and farming RFID in 2012 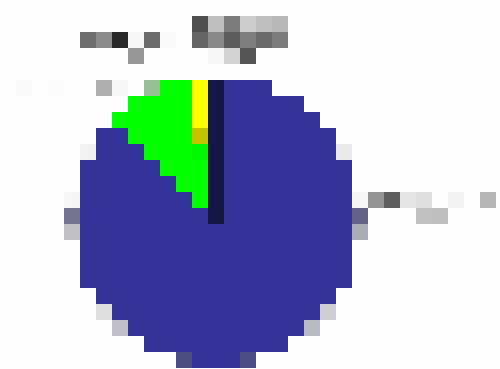 Source: RFID for Animals, Food and Farming 2007-2017
The choice between HF and Near Field UHF for item level tagging is explained in detail with interviews of the chief proponents. Many of the most impressive users, suppliers and developments in this industry are covered.
For more information on the RFID for Animals, Food and Farming 2007-2017 report see www.IDTechEx.com/food. RFID Smart Labels USA 2008, in Boston on February 20-21, will feature a session dedicated to this hot topic. For more details see www.IDTechEx.com/USA.
PrintForwardTweetLikePinredditShare
Previous
Next